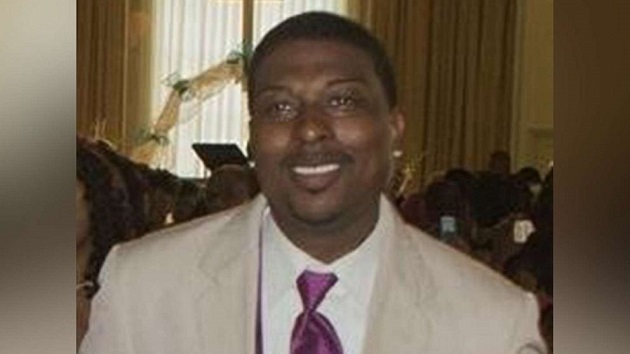 (NEW ORLEANS) — Quinnyon Wimberly and his fiancee Bianca Boone were on the phone, planning a birthday party for Wimberly’s father, when Boone heard a “loud boom.””What was that?” she remembers him saying.Boone, 42, didn’t think much of it initially. Wimberly was, after all, working on the construction site at the Hard Rock Hotel in downtown New Orleans.But when she continued to call for him to no avail, she began to worry. And, finally, when she heard news that the building collapsed and she needed to get over there as soon as possible, her worst fears came true.”At that point, I knew in my heart he was gone,” Boone told ABC News on Thursday.Wimberly was one of three construction workers who died in the collapse of the under-construction Hard Rock Hotel on Oct. 12 in downtown New Orleans. His body, along with the body of 63-year-old Jose Ponce Arreola, remain inside the building. Another victim, Anthony Magrette, was removed from the building.Crews have been unable to reach Wimberly or Arreola, as the site continues to be too dangerous to enter, officials have said.Wimberly’s family had held out hope that authorities would be able to recover the bodies before demolishing the building.Last week, they were told otherwise.”[Mayor LaToya Cantrell] said they would have to demolish the building with him in it,” Frank Wimberly, Quinnyon Wimberly’s older and only brother, told ABC News on Thursday.The news, he said, felt like they learned of his death all over again.”I don’t think words can describe the way my family and I feel. It’s one thing to lose him in such a freak accident … but then, you pile on top of that, we don’t get a chance to say a proper goodbye,” Wimberly, 46, said.”We was just hoping that they would recover his body,” Wimberly added. “We’re losing hope every day.”Boone echoed Wimberly’s heartache, saying that just about a week before the collapse they were celebrating what was one of the happiest days of their lives. Quinnyon Wimberly, who she had been dating for about a year, proposed on Oct. 4, she said.”I didn’t even have time to enjoy the happiness of being his other half because I was robbed,” Boone told ABC. “I was robbed of my happiness.”Mayor Cantrell’s office said in a statement to ABC News that her “focus and priority remains recovery of the remains, and securing closure for the victim’s families — with whom she has been in close contact. Our public safety team continues working with engineers to evaluate the next steps on the site.”The office did not say when the demolition is expected to occur but the mayor has said that a recovery process would still occur after the demolition: “I have a commitment from the ownership that they will … go above and beyond to deliver for our people. That’s what I’m expecting and absolutely requiring.”There is still no official word as to what caused the hotel to come crashing down.Wimberly was a supervisor for the construction project, in addition to working at Regional Mechanical Services, an air conditioning contractor in Louisiana. He was also the father of two sons, Treionn Wimberly, 6, and Quinyonn Wimberly II, 14.In a statement on Facebook, the company said “his passion, reliability, and energetic nature were known and enjoyed by everyone he met.”Irene Wimberly, his mother, told ABC that her son had always been a hard worker. He wasn’t supposed to be at the site that day, she said, but went to make sure everything was ready for an upcoming inspection.”I really wish that he hadn’t went in because he’d have been here now,” his mom said.The Wimberlys and Boone said the support they have received from his co-workers has helped the family keep his memory alive.One story, in particular, has stuck with Frank Wimberly.He had been sitting in a bar, trying to clear his head amid the aftermath, when live coverage came on a TV of the controlled demolition of two damaged cranes that stood at the site.”There was another guy who stood up next to me, and he said, ‘Man, I was working in that building,'” Wimberly said.The two got to talking and Wimberly discovered the man not only knew his brother, but credited him with his life.The man told Wimberly that he had tickets for the LSU Tigers vs. Florida Gators football game on Oct. 12, but the higher-ups wouldn’t let him take the day off.Wimberly remembers the man said to him that when his brother found out he had tickets, he told him “to go ahead and he would handle everything.””He said, ‘your brother saved my life. If it wasn’t for him, I would have been in that building,'” Wimberly told ABC.It is stories like those that give the family solace.But, the seemingly endless setbacks they’ve endured remain devastating.”I don’t know how it feels to lose a child. I don’t know how it feels to lose a spouse,” Wimberly said. “I know how it feels to lose my brother, my only brother, my only sibling. To hear my mom say ‘now you’re my only child,’ that hurts.”Copyright © 2019, ABC Audio. All rights reserved.