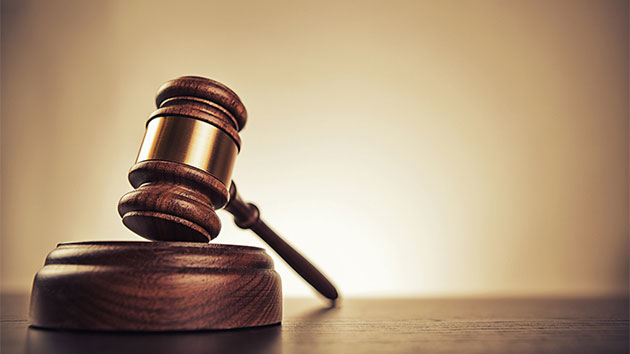 (WASHINGTON) — On the first day of his trial, onetime Trump campaign adviser Roger Stone fell ill. Another person collapsed in the courtroom, and people tangentially related to the case squabbled in the hallway. On day two, an ex-FBI agent read aloud lewd, profanity-laced text messages Stone sent an associate. Later, the judge scolded Stone’s lawyer for being too boring. Then Randy Credico took the stand, and the circus finally began.Credico, a mercurial radio host, comedian, and impressionist, is now a key witness in the government’s case against Roger Stone. Another high-profile witness in the case, former Trump campaign CEO Steve Bannon, also testified Friday.Stone is on trial in Washington, DC, facing a bevy of charges brought by special counsel Robert Mueller’s office in January. The counts against Stone include lying to Congress and witness tampering. He has pleaded not guilty.Prosecutors spent the early days of the trial presenting evidence they say proves that Stone attempted to coerce Credico to impede efforts by congressional and federal investigators.At the heart of the government’s case was the role Credico played as a conduit between Stone and Julian Assange, the founder of WikiLeaks – the web operation that published thousands of stolen emails as part of an effort to hurt the campaign of President Trump’s 2016 political opponent, Hillary Clinton.During a testy cross-examination on Friday, defense counsel accused Credico of attempting to imply both publicly and privately in discussions with Stone that he had a “special relationship” with Assange. From the stand, Credico conceded that he was “probably” trying to present himself as having a connection to Assange, but ultimately only knew what was publicly known.“I didn’t ask for this,” Credico said. “I’m the bystander, [Stone] is driving the car – I got hit on the side of the road.”More than anything, though, Credico’s testimony was viewed by many as just bizarre. He made references to everyone from Dick Tracy to a 1950s Campbell’s soup advertisement. The prosecutor conducting the interview repeatedly interrupted Credico – the government’s own star witness –to try and nudge him back on track.At times, Credico appeared intent on making use of the courtroom as his own one-man show. When describing his efforts to leave a letter for WikiLeaks founder Julian Assange at the Ecuadorian Embassy in London, where he was living at the time, Credico joked that when he walked through the embassy doors, “a hand reached out – it was like ‘Thing’ from The Addams Family.”Later on, Credico offered to do an impression of Bernie Sanders for the judge, then explained the difference between impersonating legendary actor Marlon Brando in “The Godfather” and Marlon Brando in “On the Water Front.”This specific charade earned him a swift reprimand from the judge: “I know you’re a comedian … but this is serious.”Serious, indeed. If he’s found guilty on all counts, Stone could face up to 20 years in prison.Bannon rounded off the opening week of Stone’s trial later on Friday. He told jurors he considered Stone as the Trump campaign’s unofficial “access point” to Julian Assange and WikiLeaks.“Roger is an agent provocateur,” Bannon said at one point. “And when you’re this far behind [in the campaign], you have to use every tool in the toolbox.” Copyright © 2019, ABC Audio. All rights reserved.