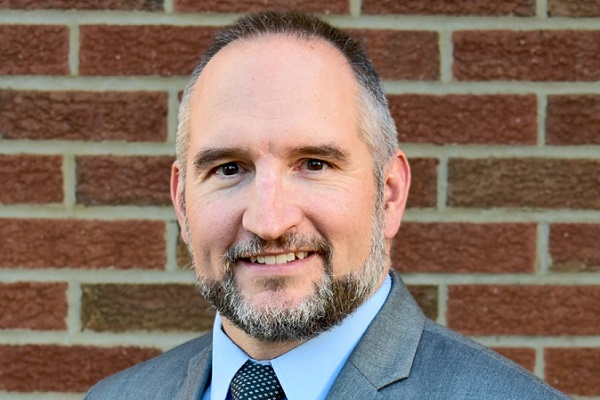 Voting machines in one precinct in the Coalport area were shut down incorrectly Tuesday night, so the 96 ballots in those machines had to be counted before the results could be announced.

Glass came ahead of Lisa Kovalick, the other Democrat candidate, by just 50 votes.

Republicans John Sobel and Tony Scotto were re-elected as Clearfield County Commissioners. Both had a heavy lead in front of Glass. Sobel was elected in 2008, and Scotto has held his position since 2016.

Glass says he’s excited to work alongside the other commissioners and is looking forward to serving the community.

In the Clearfield County Commissioners race, both John Sobel and Tony Scotto, the Republicans who are currently serving as commissioners, were both re-elected.

The third commissioner spot goes to David Glass. Voting machines in one precinct in the Coalport area were shut down incorrectly, so the 96 ballots in those machines had to be counted on Wednesday. David Glass won the third spot of Clearfield County Commissioner. He says he looks forward to working with Sobel and Scotto to help make Clearfield County a better place.

Clearfield County District Attorney was another hot race this year. Republican challenger Ryan Sayers won the vote, 54 percent to Democrat incumbent William Shaw Jr.’s 45 percent. Shaw has been the DA since 2004. Sayers says he wants to work with Shaw over the next few months to ensure a smooth transition.

This is a municipal election, meaning the majority of positions on the ballot were more local seats, such as county commissioners, district attorney, school board, mayor, and borough council members.

NOTE FOR SCHOOL BOARD/BOROUGH COUNCIL/SUPERVISOR/ETC SEATS – Click the links below to check for your specific results.

All results are pending official and final tabulation. No absentee or write-in ballots have been calculated yet.

Statewide on the ballot

Judge of the Superior Court

Republicans: Both Tony Scotto from DuBois and John Sobel from Lawrence Township were running for re-election

Register and recorder for Clearfield County

Democrats: Kelly Harriger from Brookville and Jeffery Pisarcik from Sykesville. Pisarcik is running for re-election.

Register and recorder for Jefferson County

Democrats: None are listed on the Democratic ballot.

Register and recorder for Elk County

Democrats: No candidates are listed.

Judge of the Superior Court is a 10-year term. They review most of the civil and criminal cases that are appealed from the courts of common pleas in Pennsylvania’s 67 counties.

County commissioner is a 4-year term. They help enact and administer local ordinances. They hire county employees, approve budgets, oversee planning and zoning, and are in charge of local county spending on things like law enforcement, road maintenance, recreation and parks services, and deciding the property tax rates for the county.

District attorney is a 4-year term. They work alongside law enforcement to investigate and prosecute alleged crimes, file criminal charges, and bring evidence before a Grand Jury.

Register and recorder preserves records and resolutions for property, deeds, mortgages, and any record of property ownership. They also maintain record pertaining to estates, inheritance taxes, and wills. It is a 4-year term.

Treasurers send tax bills, collect overdue payment, and disperse money to the appropriate agencies. It is a 4-year term.

County auditors are responsible for the financial books and records of county offices. They enforce the county’s finance laws, advise the commissioners on the area’s financial status, and enforces the budget.

The sheriff works alongside local police to enforce law at a county level, patrol for crime, and issues warrants and foreclosures.

Offices we are not listing individually: township supervisors, borough council, and school board members. These candidates will be on your ballot based on where you live within your county and whether you are a Democrat or Republican.