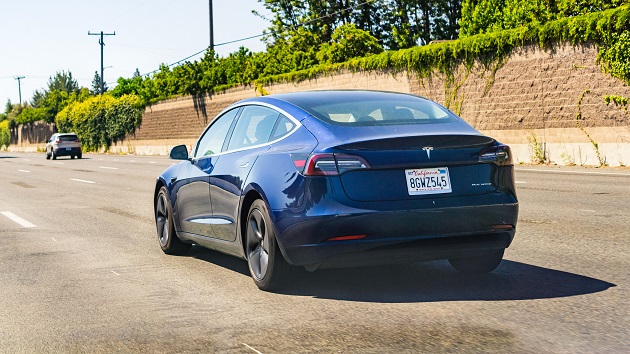 (NEW YORK) — The National Highway Traffic Safety Administration has launched an investigation into the possibility that battery defects in Tesla vehicles may have caused the cars to burst into flames.The investigation will involve certain battery management system software updates in Model S and Model X vehicles made between 2012 and 2019 in response to an “alarming number of car fires that have occurred worldwide,” according to a letter the agency sent to Al Prescott, Tesla’s deputy general counsel, on Oct. 24.The alleged defects in question are “high-voltage battery fires that are not related to collision or impact damage to the battery pack,” according to the letter.The electric car company has faced a several issues involving its vehicles in recent months.In February, a Florida man died after his Model S caught fire after crashing into a palm tree, but he could’t get out because the electronic door handles wouldn’t open.In March, another Florida man died after he crashed into a tractor trailer while Autopilot was engaged in his 2018 Model S.A representative for Tesla did not immediately respond to ABC News’ request for comment.