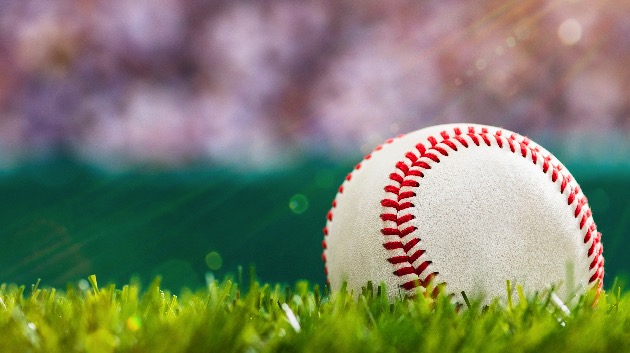 (WASHINGTON) — President Donald Trump was showered with a chorus of boos followed by chants of “Lock him up!” at Game 5 of the World Series between the Washington Nationals and the Houston Astros when he was shown on the in-stadium video screen at Nationals Park.This was the first time Donald Trump was attending a Major League Baseball game since he took office in January of 2017.Arriving at the stadium shortly after the first inning, the president did attempt to minimize disruptions for the arriving crowds by showing up after the game had begun.“His view was that to make the fan experience as positive as possible,” said Major League Baseball Commissioner Rob Manfred to a group of reporters on Saturday, according to Politico. “He would arrive at Game 5 sometime after the game began so it wouldn’t interfere with fans getting into the stadium.”The president’s arrival was not shown in the stadium but fans near the box where the president was seated noticed him and people began to take pictures of him as word spread of his attendance.

Trump was introduced to the crowd just seconds before the beginning of the fourth inning when the crowd began booing him relentlessly.Trump’s demeanor appeared to change drastically as he realized that he was the one being booed.

Look how Trump’s face changes when he realizes an entire stadium is booing him pic.twitter.com/E46rzbzmbl

The in-stadium screen then switched to a shot of U.S service members waving to the crowd with a message thanking the military for their service. It was then that the boos ended and cheering and applause began again.But as Nationals starting pitcher Joe Ross, who took the place of Nationals ace Max Scherzer who was scratched from Game 5 due to muscle spasms in his neck, took the mound the crowd again turned their attention again to the president and began chanting “Lock him up!” in an apparent nod to his ongoing impeachment proceedings as well as chants that he has led in his previous campaign rallies of “Lock her up!” that had been directed toward his former political opponent, Hillary Clinton.

Full on “LOCK HIM UP! LOCK HIM UP!” chants heard throughout the crowd at Nats Park after President Trump was announced and shown on screen here #WorldSeries pic.twitter.com/1ktVXkHYFy

Only hours earlier President Trump announced the death of ISIS leader Abu Bakr al-Baghdadi in remarks delivered at the White House in what had been a good day for the president who has recently been mired in political scandal as congress pushes to impeach him.There could be some cheers heard for President Trump when he was announced but the sound of jeers were much more prominent in the stadium when the president was announced to be in attendance. President Trump is a deeply unpopular figure in the Washington area having received only 4 percent of the vote in the District of Columbia as well as having lost the states of Virginia and Maryland in the 2016 election.

Both cheers and boos for Pres Trump at game 5 of the #WorldSeries: pic.twitter.com/KSXiCnsczR

In an interesting subplot, vocal Trump critic, local restaurateur and humanitarian chef José Andrés threw out the ceremonial first pitch and was warmly welcomed by the home team’s crowd. Andrés settled a lawsuit with the Trump Organization in 2017 after he pulled plans to open a restaurant in Trump International Hotel in 2015 following Trump’s remarks in 2015 about Mexican immigrants when he was on the campaign trail.This is the first time that Washington has had a team in the World Series since 1933. The Nationals won the first two games in Houston but have since lost three in a row at home to the Astros.Game 6 will be on Tuesday and the Astros can clinch their second World Series victory in 3 years with a win over the Nationals.Copyright © 2019, ABC Audio. All rights reserved.

“I got my a** kicked for speaking up”: Katherine Heigl supports union by revisiting controversial comments
Police investigate ‘suspicious’ death of mother and child at Padres stadium in San Diego
Three dead, over 50 injured in Amtrak train derailment
Elon Musk and Grimes have split up: “We are semi-separated”
Elon Musk and Grimes are break up, “We are semi-separated”
Trump return to White House ‘would be a disaster’ for US intelligence: Former DHS whistleblower