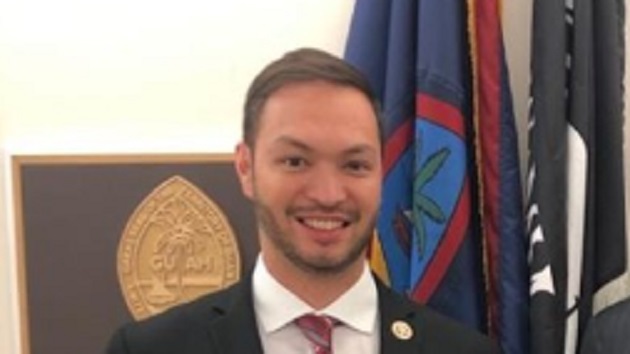 (WASHINGTON) — The House Ethics Committee opened an investigation on Oct. 24 into allegations that Michael San Nicolas, representing Guam in the House of Representatives, had a sexual relationship with one of his congressional staffers in violation of House rules, and either received or used campaign funds improperly.”The Committee is aware of public allegations that Delegate Michael F. Q. San Nicolas may have engaged in a sexual relationship with an individual on his congressional staff, converted campaign funds to personal use, and/or accepted improper or excessive campaign contributions,” a statement from the committee said.The statement also noted that the investigation doesn’t mean “a violation has occurred or reflect any judgment on behalf of the Committee.””The Congressman welcomes the opportunity for due process,” a spokesperson for San Nicolas said in a statement.The Guam Daily Post first reported these allegations of misconduct in September.John Paul Manuel, a former senior aide to San Nicolas, accused the delegate of misusing campaign funds for an affair – and of allegedly hiring the same woman to serve in his congressional office. Manuel worked in Guam for San Nicolas for six years while he was serving as a senator in the Guam legislature, and hoped to follow the now-delegate to Washington. But, San Nicolas did not bring him onto his congressional staff, according to the Daily Post.Manuel alleged to the Daily Post that he purchased hotel rooms on behalf of San Nicolas. On one such occasion in February 2018, according to Manuel, San Nicholas stayed for two nights at the Shangri-La hotel in Bonifacio Global City in the Philippines.Manuel said San Nicholas used congressional campaign funds to pay for this trip.Manuel also accused San Nicolas of forging his own father’s signature on checks drawn from his congressional campaign account.Posting some of his accusations on social media, Manuel suggested he and San Nicolas take polygraph tests.Manuel told the Post that it was part of his job to be San Nicolas’ “conscience.”ABC reached out to Manuel, who did not immediately respond.This is the second investigation announced by the House Ethics Committee this week – both having to do with alleged misconduct by Democratic lawmakers.On Wednesday, the committee announced an investigation into California Rep. Katie Hill’s alleged sexual relationship with one of her Capitol Hill staffers. While Hill denied the allegation, she admitted to an “inappropriate” relationship with a female campaign staffer while she was running for office.Copyright © 2019, ABC Radio. All rights reserved.