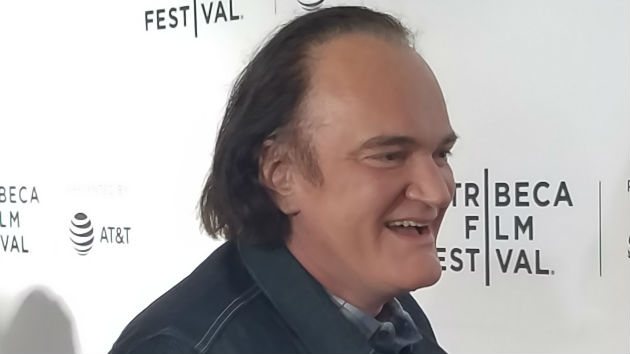 (LOS ANGELES) — (NOTE LANGUAGE) Samuel L. Jackson is defending Pulp Fiction director Quentin Tarantino and his constant use of the N-word in his films.

In an interview with IndieWire for the Tarantino documentary QT8: The First Eight, Jackson says the backlash against Tarantino’s frequent use use of the N-word is unwarranted.

“You take 12 Years a Slave, which is supposedly made by an auteur. [Filmmaker] Steve McQueen is very different than Quentin,” Jackson says. “When you have a song that says n**** in it 300 times, nobody says s***.”

Nevertheless, fans including filmmaker Spike Lee and actors like Katt Williams and Denzel Washington have criticized Tarantino’s use of the N-word. In fact, in a 2012 interview with GQ, Washington revealed that he even confronted Tarantino for placing the N-word in the script for the 1995 film Crimson Tide, in which Washington starred.

Yet Jackson, who in addition to Pulp Fiction was also featured in Tarantino’s Django Unchained — the latter of which reportedly included 110 uses of the N-word — says the director always has a seemingly “honest” reason to use the word.

“So it’s ok for Steve McQueen to use [N-word] because he’s artistically attacking the system and the way people think and feel, but Quentin is just doing it to just strike the blackboard with his nails,” Jackson asked, rhetorically. “That’s not true. There’s no dishonesty in anything that [Quentin] writes or how people talk, feel, or speak [in his movies].”

QT8: The First Eight will be available to stream on VOD platforms on December 4.