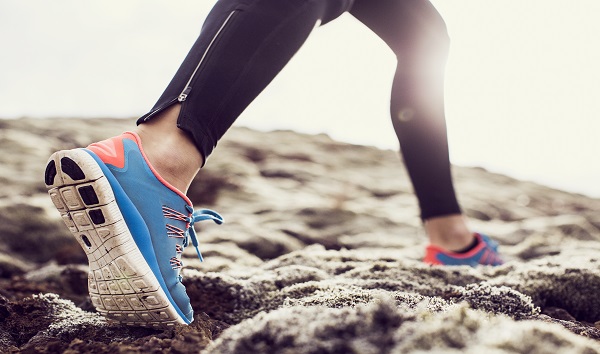 (SYLVANIA, Ohio) — An Ohio high school athlete was disqualified from a district cross-country meet because she wore a hijab, which she later learned violated uniform regulations.Noor Alexandria Abukaram, a junior runner at Northview High School in Sylvania, had just competed in Saturday’s 5K race with a personal record time, she told ABC News on Thursday.But when she went to see where she ranked among competitors, her name was nowhere to be found. Then she found out she’d been disqualified.”I was completely humiliated by, like, everybody knowing that I just ran my PR, and it wasn’t on record,” Abukaram said.She’d previously run in a hijab without issue.The Ohio High School Athletic Association, which governs athletic program for middle and high schools, said runners can participate in competitions in religious headwear but must fill out a waiver beforehand because “it is a change to the OHSSA uniform regulations.””The official was simply enforcing this rule since a waiver had not been submitted,” OHSSA said in a statement. “After the race, the OHSAA communicated with the school, which then submitted a waiver request. The request was approved immediately, which will permit the student-athlete to compete this weekend at regional competition.”Abukaram, 16, said she’s participated in six races this year, all of which were officiated by OHSSA, and never had an issue. She said she was unaware of the uniform regulation or needing a waiver.Her coach was aware of the rules, but “he didn’t see not being allowed to wear a hijab as a rule in the rule book,” Abukaram said.Calls to Sylvania Schools, Northview’s district, were not returned. The district said in a statement to ABC Toledo affiliate WTVG: “The athlete’s attire had not come into question at all previous competitions. The coach learned of the disqualification at check-in before the race.””In order to be respectful of her religious views, he did not ask her to remove her hijab. Due to the disqualification, the coach requested that OHSAA acknowledge which rule was violated,” the statement continued. “The coaching staff has been in contact with the OHSAA to ensure her eligibility that allows her to wear her hijab in future races. We are happy that this valuable member of our team will be competing this weekend.”Abukaram said she respects her coach’s decision to let her run in the race despite knowing she was disqualified.”I think my coach just feels really bad,” she said.OHSAA said the governing body is considering potentially modifying the uniform regulation in the future so waivers aren’t required for religious headwear.Abukaram said that would a “blessing.””I don’t want anyone else to go through what I went through,” she said.Copyright © 2019, ABC Radio. All rights reserved.

Police, residents plead for ceasefire after South LA sees 59 shooting victims in 1st 2 weeks of 2021
US Air Force changes hair requirements for women
Woman who made Bernie Sanders’ viral inauguration mittens says they’re not for sale
Dave Chappelle tests positive for COVID-19
For GOP firebrand Rep. Lauren Boebert, anger and suspicion linger after Capitol riot
Olivia Jade returns to YouTube after over a year, “I can’t change the past”