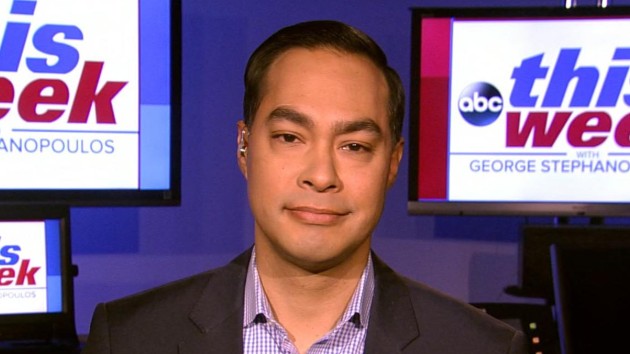 (WASHINGTON) — Julián Castro took to Twitter on Monday to make a plea for $800,000 in an attempt to qualify for the fifth Democratic debate in November. In what he called a “critical moment,” the former housing and urban development secretary took to the internet as other Democratic candidates have done, including Sen. Cory Booker, D-N.J., and former Rep. Beto O’Rourke, D-Texas.If he doesn’t raise $800,000 by Oct. 31, he explained, his “campaign will be silenced for good.”Last month, Castro made a similar plea.”I don’t say this lightly: if I don’t make the next debate stage, it will be the end of my campaign,” Castro wrote in a fundraising email in late September.Shortly after that email, his campaign manager, Maya Rupert, told CBS News that he was using “hyperbolic writing.”But with this Twitter plea on Monday, she says it’s different.”We do not see a path to victory that doesn’t include making the November debate stage — and without a significant uptick in our fundraising, we cannot make that debate,” Rupert wrote in a campaign email.Six Democratic hopefuls have dropped out of the race since the last fundraising quarter.While front-runners Sens. Bernie Sanders and Elizabeth Warren each raised about $25 million in the third quarter, Castro’s campaign raised $3.5 million.Despite lagging behind his competitors, Castro’s third quarter total was an improvement over his previous fundraising reports of $1.1 million in the first quarter and $2.8 million in the second.To qualify for the November debate, candidates must register 3% in four polls approved by the Democratic National Committee — which Castro has not been able to do. Castro has secured 165,000 grassroots contributions, the second requirement to qualify for the November debates.It is uncertain if Castro will qualify for the next debate or raise the money he is asking for, but the fundraising strategy proved successful for Booker.On Sept. 21, Booker’s campaign released a memo stating that “its now or never” and set a goal of raising $1.7 million in just 10 days. According to the campaign, the “final push” brought in 46,000 donations, totaling $2.16 million for their third quarter.O’Rourke’s campaign set a goal of raising $2 million in six weeks on Oct. 11. Copyright © 2019, ABC Audio. All rights reserved.

Biden calls for ‘justice for George Floyd’ following protests over his death
Rapper G Herbo opens up about PTSD to address ‘mental illness war zone’ in Chicago
Cancelled FastPass and dining reservations: What to know about the Disney reopening
Coronavirus live updates: CDC cites evidence of limited early spread in US in early 2020
Alec Baldwin says his “full-time job now” is to keep his kids entertained in quarantine
How viral videos of killings of black men take a toll on black male mental health