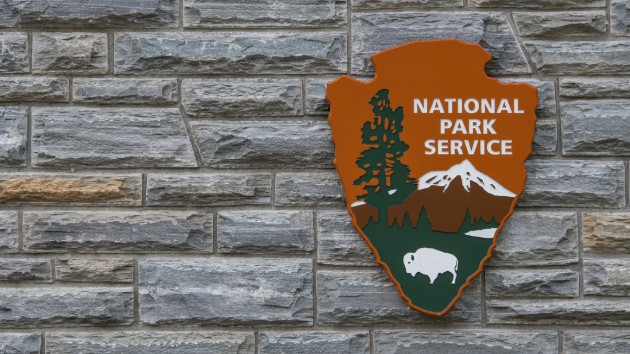 (NEW YORK) — Federal employees have faced hundreds of threats in recent years, especially in agencies that manage federal lands, forests and national wildlife refuges around the country.A new report found that employees from the Bureau of Land Management, Fish and Wildlife Service, Forest Service and National Park Service faced at least 360 threats from 2013 to 2017 ranging from verbal threats toward employees to attempted murder. The report from the Government Accountability Office, published Monday, also says that the FBI has opened “under 100″ domestic terrorism investigations into incidents targeting federal agencies from individuals that expressed anti-government views — though it does not specify the exact number of investigations. Employees from these agencies frequently interact with the public in remote areas as part of their work, including to issue violations, enforce restrictions on access to public lands or monitor compliance with permits on where ranchers may allow their animals to graze on federal land. In some western states there has been tension between the visible federal workers and residents who don’t believe the federal government should control so much of the land.The GAO report cites multiple incidents when interactions became threatening or violent toward the federal employees, including incidents where the federal employees were targeted outside their official role, such as through someone posting personal information or leaving a threatening message on the employee’s personal cellphone.”To carry out their critical missions to manage the resources on over 700 million acres of federal lands, BLM, FWS, Forest Service, and Park Service officials and facilities are often the most visible and vulnerable representatives of the federal government in remote areas and have been subject to a range of threats and assaults,” the report says.Federal employees from multiple agencies say they don’t always report threats toward them because it happens so frequently in their official capacity and when off-duty they see it as “part of the job.”Federal lands employees have faced high-profile confrontations with ranchers and other groups that question the authority of the federal government. Most notably, in 2016 a group of armed protesters occupied the Malheur Wildlife Refuge in Oregon for six weeks, prompting agencies to close several other offices in western states to protect employees from possible threats.Even before the armed occupation employees in the area reported feeling threatened by people with anti-government beliefs. The GAO report references incidents including individuals following a teenage girl who was wearing a Black Lives Matter shirt around a grocery store and threatening to burn her house down, agency employees reporting that there were trucks parked outside their homes and the occupants appeared to be watching them, and employees who reported that shots were fired over their heads while they were working in the field.The GAO report found that the agencies have not completed security assessments for their facilities around the country under a procedure that was put in place after the Oklahoma City bombing in 1995. The Interior Department agreed to require each agency to draft a plan to complete security assessments.”Our highest priority is the safety and well-being of our employees and visitors on our public lands. We are committed to continuing to improve our facilities and operations to ensure a safe and secure environment is established department-wide,” an Interior Department spokesperson said in a statement.According to the report, some federal employees reported feeling “traumatized” and did not return to work or were transferred to other units after the occupation at the refuge in Oregon.The House Natural Resources Committee is holding a hearing on protecting federal employees from these kind of threats amid what the Department of Homeland Security has called a “concerning rise” in attacks by individuals motivated by extremism, including anti-government views.Peter Walker, a geology professor at the University of Oregon who spent time at the refuge during the occupation, says he is concerned the occupation and rhetoric from high-profile figures such as the Bundy family indicate that a similar situation is likely to happen again and put federal employees at risk, even if they don’t directly call for violence.”The problem is they create circumstances in which violence can happen and they have plenty of friends that are itching for violence,” said Walker, who is scheduled to testify Tuesday.