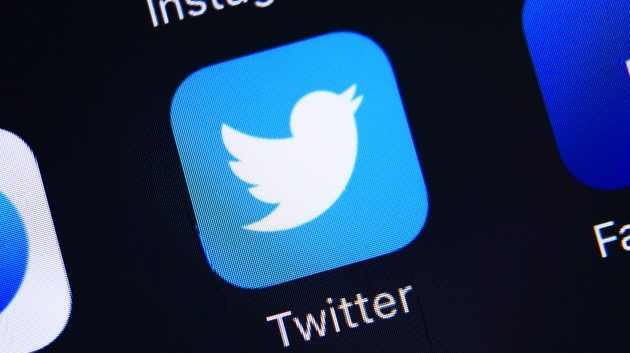 (NEW YORK) — Sen. Mitt Romney has admitted to using a secret Twitter account to monitor and comment on political discussions not only to defend himself but also to criticize other high-profile players- including President Donald Trump.The tale began when, in a lengthy profile about the senator, The Atlantic’s McKay Coppins asked Romney about his social media habits and the senator admitted to having a “lurker” account on Twitter that he could use to secretly track certain topics and conversations.Hidden in his answers was enough information for Slate’s Ashley Feinberg to link Romney to Twitter user @qaws9876, though now known by its more eyebrow-raising display name — “Pierre Delecto.”One of the ways Feinberg was able to connect Romney to Delecto was by comparing who the two accounts were following.The very first account Delecto followed was none other than Romney’s eldest son Tagg, followed by Glen Johnson, who was covering Romney around the time the account was created, as well as several advisers to Romney, including Mark DeMoss and Eric Fehrnstrom.Since the Slate piece was published, Coppins reached out to Romney to ask about the newly-discovered Twitter account, to which the senator confirmed, “C’est moi,"” or, in English, “It’s me.”Although the account has since been changed to private- hiding all likes, retweets, and the 10 tweets made by the user- Feinberg managed to take screenshots and embed most of the relevant posts in her article.Replying to a post by Washington Post columnist Jennifer Rubin, who had shared a piece by Politico criticizing Romney’s strategy in dealing with Trump, Delecto tweeted, “Jennifer, you need to take a breath. Maybe you can then acknowledge the people who agree with you in large measure even if not in every measure.”Similarly, former CNN anchor and current talk show host Soledad O’Brien commented on Romney’s “utter lack of a moral compass” for considering not endorsing Trump in 2020. Delecto responded to her, saying, “only Republican to hit Trump on Meuller (sic) report, only one to hit Trump on character time and again, so Soledad, you think he’s the one without moral compass?”Romney has been attacked by Trump critics for not taking stronger — and more public — stands against the president. The Delecto account provided Romney with a means of speaking his mind regarding Trump’s actions.More recently, the account explicitly attacked Trump for his, “awful decision” to withdraw troops from Syria, which Romney has publicly condemned, adding, “but what could the Senate do to stop it?”Though the senator has not revealed the source of his alias, Twitter users have been trying everything from anagrams to Latin translations in an attempt to decode some hidden meaning, with no luck as of yet.#PierreDelecto started trending nationally across Twitter early Monday, beginning with confusion and quickly evolving to become the joke of the day.

David Dennison and Pierre Delecto. What times we live in. pic.twitter.com/j9fIGz89rt

An inexpensive costume idea just in time for Halloween: the #PierreDelecto pic.twitter.com/5XS51tJnaD

Users were quick to point out that Delecto is just the latest in a long line of secret “lurker” accounts used by politicians and other public figures to keep an eye on discussions about themselves or participate in conversations they might otherwise be unable to with their official accounts.

One comparison being made is between Delecto and James Comey’s secret Twitter account under the name Reinhold Niebuhr- which also caught the attention of thousands of Twitter users when it was first discovered.

In fact, this is not even the first time Romney used a fake name.According to the Stanford Daily in 2012, when Romney was a freshman at Stanford University, he used the name “Tim Yenmor,” or Mitt Romney backwards without one T, when he was quoted in an article about school pranks.Copyright © 2019, ABC Audio. All rights reserved.

Report: Rachel Lindsay accepts Chris Harrison’s apology and is ready to “move forward”
Employers add 379,000 jobs last month, pushing unemployment rate to 6.2%
What to know about traveling this summer amid the pandemic
What to know about FEMA vaccination sites amid COVID-19 pandemic
Food industry professionals raise $50,000 on Clubhouse to ‘Stop Asian Hate’ and support restaurants
Cold blast hits Northeast as new storm gets ready to slam West, from California to Washington