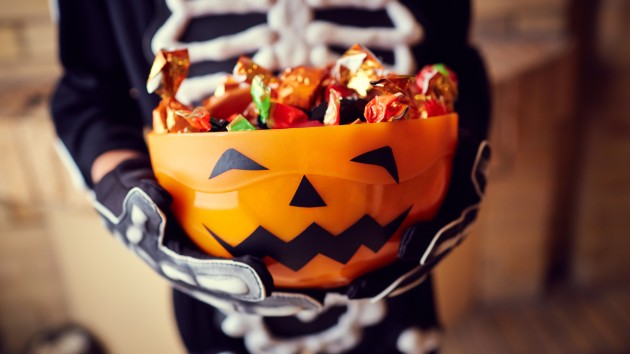 (NEW YORK) — This Halloween, beware of how the holiday will hit your wallet.Halloween spending is projected to reach $8.8 billion this year, with each shopper spending an average of $86.27 on the holiday, according to a report from the National Retail Federation. Still, that’s down from 2018, when Halloween spending was projected to be $9 billion.About 172 million Americans plan to celebrate the spooky holiday this year, which is also down from last year’s 175 million.How do consumers plan to spend those billions? In a few different ways.About $3.2 billion will be spent on costumes, while $2.6 billion will go toward candy and $2.7 billion will help pay for decorations. A much smaller amount — $390 million — will be spent on seasonal greeting cards.“Spending hasn’t changed much over the past few years, but we are seeing a noticeable increase in consumers whose Halloween purchases are inspired by their friends, neighbors and even celebrities on social media,” NRF President and CEO Matthew Shay said in a statement.Consumers plan to celebrate the holiday in the usual manner: about 69% said they would hand out candy, while 49% are going to decorate their home or yard, the report says.Less than half — 47% — plan to dress up in a costume and about a third — 32% — plan to throw or attend a party. And 22% will visit a haunted house.This year, princess and superhero costumes are all the rage, continuing their reign as the most popular children’s costumes.On the other hand, adults are sticking to tradition. This year’s most popular costumes for adults are witches and vampires, the NRF report says.According to the same survey, 29 million Americans plan on dressing up their pets this Halloween with hot dogs and pumpkins topping the list as the most popular costumes for pets.