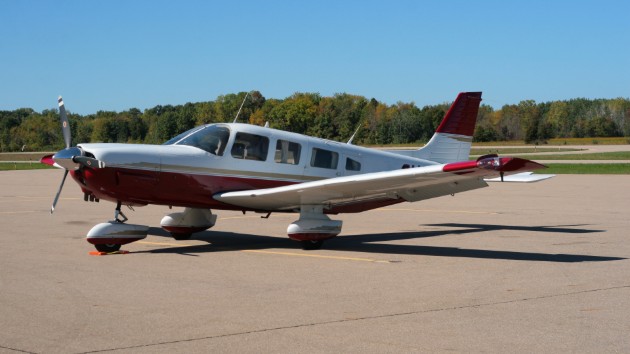 (RALEIGH, N.C.) — Two people have been confirmed dead after a small plane vanished from radar and crashed.After hours of searching, authorities in North Carolina found the Piper PA-32-301 plane that vanished from radar near the Raleigh-Durham International Airport on Sunday night.The privately-owned aircraft was found on the ground near a hiking trail in the William B. Umstead State Park, east of the airport. There were two casualities found said Sgt. Michael Baker, North Carolina State Highway Patrol during a press conference.Crystal Feldman, VP of Communications, Government and Community Relations at the Raleigh-Durham Airport Authority said details about the two victims could not be shared at this time.The National Transportation Safety Board — which participates in the investigation of aviation accidents — is investigating the crash.Air traffic controllers with the Federal Aviation Administration alerted the Raleigh-Durham Airport Authority on Sunday at around 7:30 p.m. local time that radar contact was lost with a Piper PA32 approaching the airport, according to a statement from the FAA. The single-engine aircraft typically has around six seats.The Raleigh-Durham Airport Authority was advised that the plane had disappeared in the vicinity of William B. Umstead State Park. More than a dozen local and state agencies were on the ground in the area and overhead in the air searching for the aircraft since then, according to a press release from the airport authority.“Umstead State Park is 5,200 acres of dense forest, with few roads and little to no light,” said Michael Landguth, president and CEO of the Raleigh-Durham Airport Authority. “Recovery efforts are extremely challenging in remote areas and it could take a long time to find this plane.”Authorities asked members of the public to avoid the area around the state park until further notice.The runway at Raleigh-Durham International Airport was shut down immediately after the FAA alert, but then reopened and resumed normal operations later that evening. Commercial operations remained normal Monday, according to the airport authority.Copyright © 2019, ABC Audio. All rights reserved.