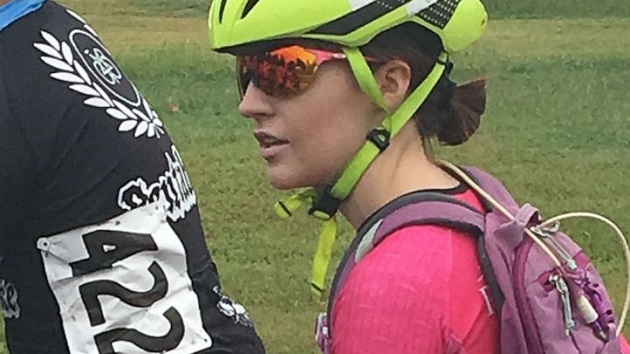 (NEW YORK) — Hannah Jordan is a cycling champion who will compete this weekend in the 2019 Hillclimb Worlds in California on a demanding course that rises more than 2,500 feet in elevation.But the 18-year-old will race the course with something no one else in the competition has: a gastrostomy tube, or G-tube, that keeps her alive. In a sport where aerodynamics is everything, Jordan, of Tulsa, Oklahoma, uses a specially designed race jersey to hold the G-tube monitor that pumps glucose into her body, preventing her from going into potentially life-threatening hypoglycemia.”I’m the only person I know who is on a G-tube and competes like this,” Jordan told ABC News’ Good Morning America. “When I’m told I can’t, that makes me want to ride faster and better.”Jordan was classified as small for her gestational age as a child and suffered extreme fatigue and dangerously low blood sugar because her body could not keep up with her brain’s need for glucose, according to her doctor, Madeleine Harbison, a pediatric endocrinology specialist at Mount Sinai Hospital in New York.”We don’t know exactly what is different about Hannah,” said Harbison, noting that she and other doctors have not been able to pinpoint a genetic defect. “What we do know is that this is a child who without her continuous glucose infusion into her stomach becomes hypoglycemic and is essentially bedridden.”Jordan had to be home schooled because of her medical complications and would be so fatigued that her mom had to push her in a stroller. She has had the G-tube for more than a decade.The teen’s entire life changed nearly five years ago when she picked up an old bicycle and taught herself to ride. She discovered that she could not only ride the bike but thrived riding it, finding it fueled her energy.”I lived my life in a hospital bed,” she said of her pre-cycling days. “I’m living my childhood now and I live every day like it’s a gift.”When Jordan’s mom, Alicia Jordan, saw her daughter “come out swinging” on the bike, she sought out USA Cycling, the national governing body for bicycle racing, and got her daughter in a training program and under the care of expert dietitians.”She morphed into this incredible athlete,” said Alicia Jordan. “[My husband and I] transferred our energy from keeping her alive to letting her live the best life possible.”Jordan has gone on to compete in more than two dozen cycling races, winning gold and silver medals and setting personal records along the way.The same condition that for so long kept her bedridden is now an asset to Jordan as a competitive cyclist in a way that has astounded medical experts, according to Harbison.”For her, there is some difference in the way her muscle metabolizes energy that allows her to do this, especially since one of her specialties is hill climbing,” she said of Jordan. “Exercise is her fuel, essentially, that allows her to be closer to normal.””What it is about exercise that has woken her brain up, and how she thrives in it, is what’s so curious to me,” Harbison added. “She’s the only child I’ve seen who’s had this extreme lethargy that was improved by exercise.”Jordan’s life has changed off the bike, too. With her improved energy she has been able to attend school and is doing an internship at Kate Farms, the maker of the plant-based formula she now uses in her G-tube.”I call cycling my mental sanity,” she said. “It’s definitely helped me just be able to live my life and feel like a normal human being and has been a doorway to many paths.”The U.S. Anti-Doping Agency officially cleared Jordan to compete last spring at any level after ruling that her G-tube does not give her an advantage over athletes.The Hillclimb Worlds will be Jordan’s first world championship race — her first of many, she hopes.”I knew ever since I was 8 years old that I couldn’t just have a 9-to-5 life and I wanted to change the world, even though I was sick,” she said. “I knew I wanted to do something great, but didn’t know what it looked like until I found cycling.””What I love about cycling is that it doesn’t stick anyone in the box,” Jordan added. “You can do whatever you want and decide how fast you want to go and how far you want to go.”

A third stimulus check could be coming. Here’s what Americans did with the others
Teenage girl dies after saving younger brother when they fell in frozen lake
Gyms with maskless users shown to be at high risk for COVID spread: Study
Neighbor gives up COVID-19 vaccine appointment to stranger in need
South Dakota attorney general faces call to resign over fatal crash as impeachment proceedings begin
California commits $1.4 million to combat ‘horrific’ attacks on Asian Americans