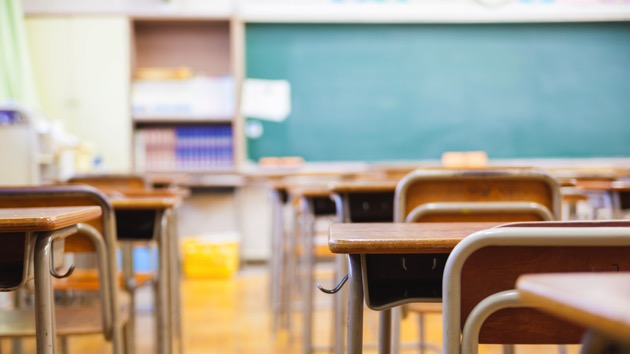 (CHICAGO) — Thousands of Chicago Public School teachers went on strike Thursday, fighting for working conditions “that respect educators and provide Chicago’s students with the schools they deserve.”The strike follows months of failed negotiations between teachers and the city’s public school system.Picket lines went up at 6:30 a.m. local time at Chicago’s public schools, with speakers expected throughout the morning and a mass rally in the afternoon.Classes were canceled for all 514 schools in the nation’s third largest district. More than 300,000 students were enrolled in the city’s public school system in the 2018-2019 school year.Teachers are fighting for smaller class sizes, adequate staffing and better wages, according to the Chicago Teachers Union (CTU), which represents some 25,000 teachers and education workers.Some of those working for the district earn less than $30,000 a year and more than 1,100 can’t afford to rent a two-bedroom apartment in any of the city’s zip codes, the union noted.CTU and Chicago Public Schools (CPS) began negotiating a new contract on Jan. 15, months ahead of the union’s contract expiring on June 30.CPS has said that it offered improvements to the “already historic offer we’d previously made,” but CTU rejected the proposal.”All in all, our offer includes over 80 changes to the collective bargaining agreement on issues requested by the union,” according to a joint statement from Mayor Lori Lightfoot and Dr. Janice Jackson, CEO of CPS, last Friday. ” We have bent over backwards to meet CTU’s concerns.”Teachers feel differently.”There is a pent up frustration from our membership about what conditions are like in our schools,” CTU President Jesse Sharkey said at a press conference Thursday.Andrea Parker, a CPS teacher, told ABC Chicago station WLS-TV that while she’s disappointed she won’t be teaching, she feels like she and her colleagues “are only the few fighting for our students.”More than 1,300 classrooms are overcrowded, according to CTU, despite the district’s cap. Almost 25 percent of elementary school students were placed in overcrowded classrooms, with some kindergarten classrooms topping 40 students, according to the union.Lightfoot and Jackson said they would offer additional support for overcrowded classrooms. They also said they would raise teachers’ salaries by 16 percent, or around $19,000.The union said that under the mayor’s proposed contract, “most of those workers would still be earning poverty wages.”The American Federation of Teachers, one of the largest teacher’s labor unions in the country, tweeted in support of Chicago teachers.”Our educators are on a righteous path, fighting for what is right,” the tweet read. “It’s time we gave them what they need to teach.”Copyright © 2019, ABC Audio. All rights reserved.