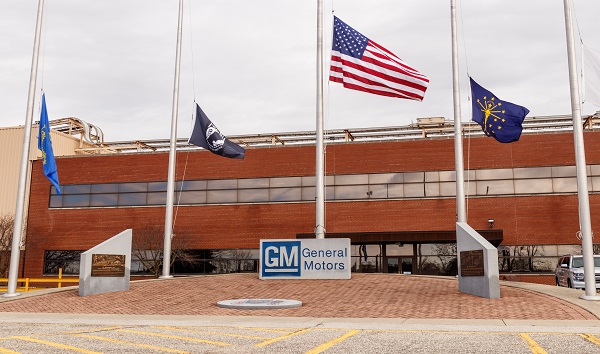 (DETROIT) — More than a month after nearly 50,000 workers walked off their jobs, General Motors and United Auto Workers have reached a tentative deal to end the nationwide strike, the union confirmed to ABC News.The deal still has to be approved and ratified by the UAW GM National council, according to the union.”The number one priority of the national negotiation team has been to secure a strong and fair contract that our members deserve,” UAW Vice President Terry Dittes said in a statement on Wednesday.”We are extremely grateful to the thousands of Americans who donated goods and helped our striking workers and their families. As we await the Council’s decision, please know that the outpouring of community and national support will be etched in the memories of all of us at the UAW for years to come,” Dittes added.The UAW GM National council will meet on Thursday to review the details of the tentative deal and vote whether to recommend it for full ratification, according to the union. At Thursday’s meeting, leaders will also decide whether to continue the strike until the ratification concludes or stop the strike after the council approves of the agreement.Once the council votes to approve the tentative agreement the contract language will be shared with union members.The union said it was declining to share additional details on the deal “out of respect for our members.”General Motors, in a statement to ABC News, confirmed UAW’s earlier statement and said, “Additional details will be provided at the appropriate time.”Approximately 49,000 union workers walked off their jobs Sept. 16, launching a nationwide strike at General Motors after a previous labor contract expired and negotiations over a new one fell apart.Union leaders had argued that GM workers deserved a bigger slice of the company’s profits, which they say have totaled $35 billion in North America over the last three years. As the strike continued, UAW claims that for every $1 a GM employee made, CEO Mary Barra made $281.The strike came nearly a year after GM announced it was laying off 15 percent of its salaried workers and shuttering five plants in North America.The five-week strike has garnered national attention, and a handful of 2020 presidential candidates have joined the picket lines over the past weeks, including Sen. Elizbeth Warren, D-Mass., and former Vice President Joe Biden.Copyright © 2019, ABC Audio. All rights reserved.

Chicago police union takes fight against vaccine mandate to court as some hold-out cops sent home without pay
Gwyneth Paltrow reveals how she talks safe sex and healthy relationships with her teenagers
‘The Bachelorette’ recap: Michelle meets the men, and finds a cheat among them
New York City mayor to announce COVID-19 vaccine mandate for municipal workers: Source
Supply chain questions answered, plus tips and solutions for smart shopping
Michael B. Jordan and Serena Williams to award $1 million to one lucky HBCU student