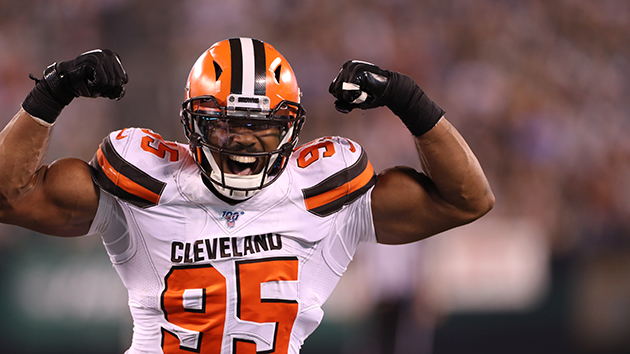 (CLEVELAND) — Cleveland Browns defensive lineman Myles Garrett said a fan punched him in the face on Wednesday.In a pair of tweets, the former first overall draft pick said that the person hopped out of their car to take a picture with him. Garrett says he lowered his window, only for the person to give him a “pillow tap.”Garrett joked on twitter that if the fan had “put your legs into it might have actually made me flinch.”The Browns issued a statement saying the team was aware of the incident, and that “the appropriate law enforcement authorities have been notified.”Copyright © 2019, ABC Audio. All rights reserved.