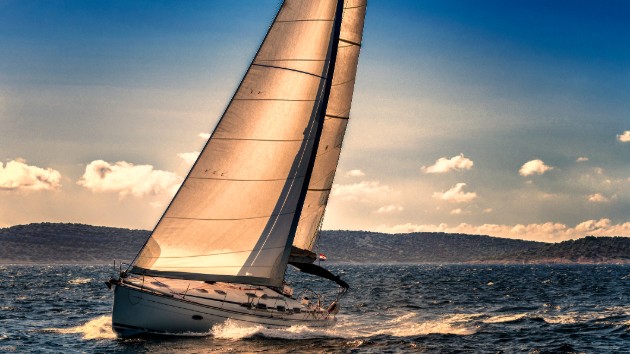 (NEW YORK) — Pauline Dowell may never be able to drive a car, but she can sail a boat around the world.Dowell is legally blind and is one of many athletes with disabilities who competes in the C. Thomas Clagett Jr. Memorial Clinic and Regatta, an event she has competed in since losing her sight nearly a decade ago. Each year, dozens of athletes with disabilities participate in the twice-a-year event, which is held in both Newport, Rhode Island, and Oyster Bay, New York. The mission is to provide a space for sailors with disabilities to train and compete at an elite level, and sailors of various abilities — ranging from paraplegia to those missing limbs to those who are blind — are invited to show off their skills.Since its founding in 2002, 20 of the regatta’s sailors have gone on to win medals at the Paralympics.“These sailors have done very well,” Clagett president, chair and co-founder Judy Clagett McLennan told ABC News’ Good Morning America. “Just because you may not have a leg or you have a disease-driven issue doesn’t mean that you are not a whole person inside and that you need to expel that competitive energy somewhere and sailing is one of the many ways they can do this.”Perhaps no one is more competitive than Dowell, who has a degenerative eye disease that has left her legally blind.“I’m very passionate about every aspect of sailing, and it’s growing every year,” she told GMA.Dowell loves sailing so much, she even resides on a sailboat in Boston Harbor with her guide dog.“It was always a dream to live on a boat,” she said. “I live year-round [on the boat] and yes, the boat is heated.”She says that sailing has given her a new beginning.“I’m not allowed to drive. Even robots will have jobs driving but I will never do that,” she said. “I can drive the boat. I can make the boat go. I am able to be an integral part of a team and that’s huge for me.”Jodi Munden is one of Dowell’s closest teammates. Munden, who is blind herself, found sailing six years ago when a friend invited her to a sailing event in Ontario, Canada.“It gave me a whole new world of freedom and self-confidence,” Munden said. “It gives a new meaning to the word independence and showing individuals what you can do as a blind athlete.”The duo has competed in a multitude of competitions all over the world against sighted and non-sighted athletes. They find the sport of sailing to be fairly equal for all participants, regardless of physical ability.“It’s this great equalizer where we can play on, basically, an even playing field… Off the water, it’s not an even playing field,” Munden explained.More than certain other sports, sailing can be adapted based on competitors’ physical abilities. For Dowell and Munden, they compete with the assistance of a sighted guide whose only job is to alert them if there is an obstacle or safety hazard.For other competitors, equipment can be altered on the vessel to accommodate an athlete’s physical needs.This is the case for Sarah Everhart Skeels, who was paralyzed from the waist down after a spinal cord injury in the early 1990s.“I will be sitting in a seat that keeps me in the boat, but my job is to still sail the boat,” she said.Her teammate, Cindy Walker, also suffered a spinal cord injury, leaving her unable to walk since the age of 14. Today, Walker has regained some movement in her legs but uses adaptive equipment to help her balance while sailing.“Sailing is the only sport where there’s no barriers,” Walker said. “I can take my family out in a sailboat, but I can’t necessarily take my family to play wheelchair basketball.”

At the end of the day, sailing comes down to skill.“Everyone out on the water has a different ability. We happen to have abilities that are more identifiable to people, not necessarily on the water but here on land,” Skeels said. “It’s about capitalizing on what your abilities are and not worrying about what abilities you don’t have.”“It’s more about being in the moment than it is about abilities,” she added. “The disability is just another aspect of who we are, but we are sailors out on the water.”Copyright © 2019, ABC Audio. All rights reserved.