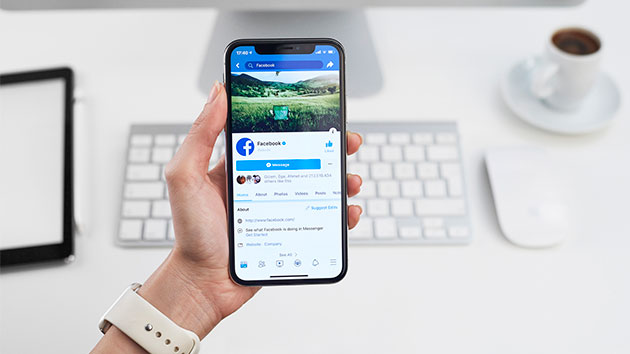 (NEW YORK) —  When an opportunity to work for Facebook fell into Deb Liu’s lap while she was on maternity leave, she wasn’t convinced she should take it. She was living in Hawaii working part-time and had just given birth to her second child. She didn’t know if she was ready for the next ride in Silicon Valley.And then she met Sheryl Sandberg.”She gave me the ‘lean in’ talk before she had the book and she said a lot of people have great careers but they kind of reach a place where they’re having children and they kind of slow down and she was right, it was the next rocket-ship,” Liu told ABC News’ Chief Business, Tech and Economics Correspondent Rebecca Jarvis on an episode of “No Limits with Rebecca Jarvis.”

Liu is credited with founding Facebook Marketplace in 2016, a destination to discover, buy and sell items with people in your social network community. Facebook users can sell furniture, electronics and even cars on the platform, which came as quite a shock to Liu. “When we started Marketplace, if you told me people would buy and sell cars on Facebook, I would have been really surprised — and actually last summer we sold our car on Marketplace,” Liu said.Prior to creating Marketplace, Liu worked on major Facebook projects like Facebook Credits, which were sold in retailers across the country as a token-like credit to play games on the social site and Facebook Platform, which enables third-party developers to create their own applications and services that use data from Facebook.”I think it’s challenged me in such a way and it’s stretched me and I’ve grown so much because it wasn’t where you go to a company where everything’s defined,” Liu said. “We actually had an opportunity to find a future of what things could be and that has stretched me in such different ways.”Even though she’s working for a major social networking company, Liu said she feels she is an entrepreneur within the walls of Facebook because of the products they let her create.”I’ve started four or five new things within a company that has the support to actually grow those things to massive opportunities for the world,” Liu said. “Each time I’ve had the opportunity to start something from scratch and create it into billion dollar businesses to create opportunities for millions of people in the world, and that opportunity has always attracted me to Facebook.”With new tech startups being created every day, Liu says she has had to weigh the pros and cons of staying with a company or creating her own, describing branching out on her own “as flying without a net.””In a company, you have the option to build, test, fail but then start again immediately. You don’t have to shut this down and start the next thing. You actually can pivot, you can iterate and your team comes along with you,” Liu said. “You have to decide as somebody who’s really passionate about creating new things whether you can do that within a company or outside and what works for you.”As Liu has been a shining star in the tech community, she is among the minority of women in the industry; only 18% of computer science and engineering degrees go to women. Liu is trying to change that with her non-profit Women in Product, with the goal of empowering women in product management and tech.”I think that it’s both a micro problem and a macro problem because our culture is telling girls, ‘Hey this isn’t for you.’ And so how do we actually change that to say, ‘Hey, this is this is an equal opportunity for you and the boys’?” Liu said.As Liu continues to innovate in the tech world and encourage women in product management, she understands the importance of having a sponsor who believes in you.”When you have someone who has your back, when you fail they say you know what I am going to be behind you, that gives you the courage to take risks and do the really hard things, but when you feel like you’re flying without somebody who’s going to have your back, you feel like you can’t take those risks,” Liu said. “Great careers are made by actually taking risks and doing something that someone else hasn’t done.”Hear more from Facebook Marketplace creator Deb Liu on episode #133 of “No Limits with Rebecca Jarvis” podcast.