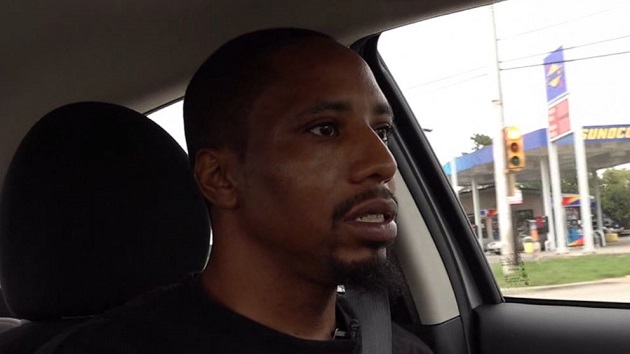 (FLINT, Mich.) — For a month of Sundays, Keondis Howell has anxiously eyed two things: his deep freezer, and his savings. He’s had to ration both. The General Motors worker, on the picket lines for over a month, now plans the whole week’s dinners ahead of time, strategizing leftovers for the meals his three children will have. They like pizza and french fries, but most nights he sticks with peanut butter and jelly sandwiches, or Ramen noodles, for himself. As the GM nationwide strike grinds toward its fifth week, United Auto Workers are feeling the strain in what has become the longest walkout the company has faced in half a century.Behind Howell’s picket line in Flint, Michigan — where General Motors was born — and across the country, the workers’ unyielding stance hides the stress that the strike has put on many pocketbooks.”I have to keep going, I gotta pay my bills, I gotta eat,” he told ABC News. “My savings are almost spent; I’ve had to skim way down, and dig way into it. … I don’t have a lot longer to wait. I just don’t.”On a drive around the perimeter of the huge GM plant in Flint, striking workers stand like sentries at every gate, every hour of every day.”That truck’s in my blood,” Howell told ABC News. “I take pride in General Motors. I put my all into what I do … it’s part of our identity. And now it’s like … they forgot about us. The ones that stood them up when they fell down. And we just want a thank you.”Howell has been a temporary worker for nearly four years — and at the crux of what the prolonged picket line stands for. He is a third-generation GM worker: a point of deep pride.Honking horns blare up and down Bristol Road to show solidarity with the UAW.Outside, strikers sit on lawn chairs and under tents, with coolers full of bottled water. Local community members bring them brown-bag snacks. They’ve been in it for the long haul, but even that’s being tested now.”It’s scary as hell,” Howell said. He honks his own horn, raising his voice above it. “There is no room to say no, no room to negotiate, no room to bargain.””People have spent decade after decade after decade doing this repetitive work, and it puts a beating on your body,” he continued. “And you shouldn’t worry about how you’re going to pay for it, because the reason your body is getting beat up is the work you’re doing for this company that’s making billions off your back.””We just want a piece of the pie that we helped create,” he said.On day 28 of the strike, as workers took to the streets for another “Solidarity Sunday” demonstration, UAW Vice President Terry Dittes thanked members for “holding the line.””As you know, our issues our just,” he said.Chief among those issues is securing seniority, health care and higher wages for temp workers.Talks between GM and the UAW union continued through the weekend even amid concerns negotiations have stagnated. Late Friday, the UAW sent yet another counterproposal to the company after several sharp exchanges of words.Harsh missives were volleyed back and forth throughout the fourth week of the strike — with both sides digging in.”At every step of the way, GM has attempted to undermine the ongoing, good-faith efforts the UAW has made to end this strike,” the UAW said in an official statement Friday. “The company’s strategy from day one has been to play games at the expense of workers.”Gerald Johnson, GM’s executive vice president of manufacturing, wrote Friday that they had advised the union: “It’s critical that we get back to producing quality vehicles for our customers.”A spokesperson for General Motors said the two sides continue to make progress, but a source close to the UAW told ABC News that the strategy seems to be to “literally starve members off the picket line as a way to leverage unfair concessions.”A source familiar with the ongoing negotiations told ABC News on Sunday that the two sides are “still pretty far apart” from reaching a deal, “unless a miracle happens.”In a sign of slight relief for workers like Howell, the union announced it would raise strike pay from $250 to $275 per week late Saturday.”Every little bit more helps,” Howell said. “Two-fifty has barely been enough to put gas in the car and groceries on the table.”Workers are also now allowed to look for part-time work, provided it does not interfere with their picket duties, of course. Howell’s frustration with the company has pushed him to start looking for other work, full-stop.”This company has so little loyalty,” he said. “It doesn’t feel like the same GM I grew up knowing. I might have to walk away … don’t want to, but I might have to.”Howell fears the strike’s stigma might make him less hireable by another company.”None of us are expecting to be invited into another company with open arms,” he said. “But I just want to work. That’s all I want. And I can’t afford to go back to school right now.”When asked what he wants, Howell said he still hopes to hear an apology from General Motors.”We were wrong. And we’re sorry. We were wrong. You guys are right,” Howell said of what he wants to hear. “We understand that we owed you better than we gave you. We want to get back to work.””I feel like I have a voice now. And I don’t want that to go away, because I should have always,” he said.