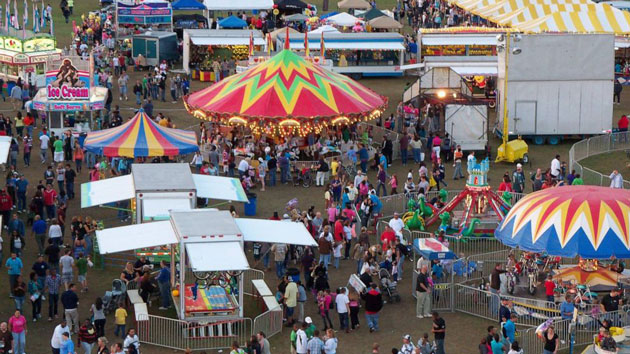 (DEERFIELD, N.J.) — A 10-year-old girl has died after she fell off a carnival ride in New Jersey, according to police.The girl was on a ride called “Extreme” at the Deerfield Township Harvest Festival Saturday around 6 p.m. in south New Jersey when she fell off the ride, according to a news release from the New Jersey State Police.Witnesses told ABC Philadelphia station WPVI that the girl was motionless after the fall and that her family members were distraught. ‘She was then airlifted to Cooper University Health Care in Camden, New Jersey, where she was pronounced dead, police said.Additional details about the ride or how the girl fell were not released.In a statement, Skelly’s Amusements Inc., the company that provided the rides to the festival, said it would not be open at the festival on Sunday, although it had been given permission to operate the other rides by the state.”We don’t have it in our heart,” the statement read.The company will be issuing refunds for the rides at the ticket booth, and the entertainment portion of the festival will continue as scheduled, according to the statement.A spokesman for the festival could not immediately provide comment to ABC News, pending an official statement. The festival was founded in 1979, according to its Facebook page.Copyright © 2019, ABC Radio. All rights reserved.