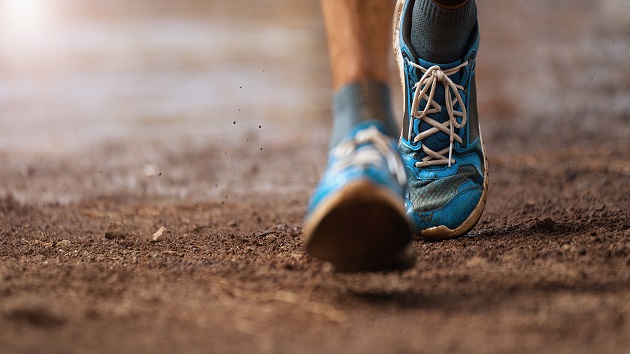 (SEATTLE) — A feat once thought impossible, Eliud Kipchoge has become the first person to ever run a marathon in less than two hours even though it will not count as a world record.Kipchoge bested the two hour mark by 20 seconds for a final time of 1 hour, 59 minutes and 40 seconds. Kipchoge was supported by 36 pacemakers and also had a pace car with a laser beam projecting his ideal position on the road which is one of the reasons why the International Association of Athletics Federations (IAAF) will not verify Kipchoge’s time as a world record.”I’m feeling good,” Kipchoge told the Associated Press. “I’m the first man, I want to inspire many people that no human is limited.”Kipchoge ran at an average pace of 4 minutes and 33 seconds per mile throughout the entire race, according to the Associated Press.”We can make this world a beautiful world and a peaceful world,” he said, pointing out that the mission of his attempt went beyond athletics. “The positivity of sport, I want to make it a clean sport and an interesting sport.”Kipchoge reached his accomplishment in Prater Park in the Austrian capital of Vienna.It was his second attempt at breaking the two-hour barrier. He had previously missed the mark by only 26 seconds in Monza, Italy, in May 2017.Kipchoge won a gold medal in the 2016 Olympics in Rio de Janeiro in 2016 and he also holds the official world record of 2 hours, 1 minute and 39 seconds. Copyright © 2019, ABC Radio. All rights reserved.

How to fix home appliances yourself before spending hundreds of dollars
Report: Dustin Diamond undergoes first round of chemo, diagnosed with stage 4 small cell carcinoma
How working from home due to COVID could be a double tax hit for some
Pandemic ski season forces resorts to get creative
Athleta extends sizing to offer sizes up to 3X
Biden’s first 100 days live updates: President to outline response to US economic crisis