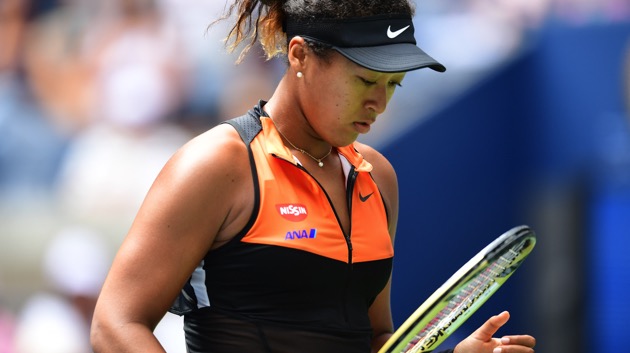 (NEW YORK) — Tennis phemon Naomi Osaka will give up her U.S. citizenship to compete for Japan at her Olympic debut in Tokyo.Osaka, who was born in Japan to a Japanese mother and Haitian father but raised in the U.S., told NHK World in an interview that she began the process of becoming a Japanese citizen.”It’s definitely going to be very special. I think there’s no other place that I’d rather play my first Olympics,” Osaka told NHK. “I think that will be one of the most memorable things that ever happens to me.”Under Japanese law, after Osaka turns 22 on Oct. 16, she will be required as a dual-nationality citizen to choose one.

Osaka won the China Open on Sunday and is currently the No. 3-ranked women’s singles player in the WTA.

Osaka notched a historic U.S. Open win against Serena Williams at Flushing Meadows in 2018, which made her the first Japanese player to ever win a Grand Slam title.Since then, she notched a second Grand Slam title after defeating Petra Kvitova in the 2019 Australian Open, which she called one of the “happiest moments” of her life.Tennis at the 2020 Summer Olympics will begin July 24, 2020.Copyright © 2019, ABC Audio. All rights reserved.

What to expect as surfing makes Olympics debut
What is a Golden Slam? Novak Djokovic looks to make men’s tennis history with Olympics
Lack of diversity in higher learning can be a problem for diverse student bodies
Chinese shooter Qian Yang wins 1st gold medal awarded at the Tokyo Olympics
From counterculture to competition, skateboarding makes its way to Olympics
COVID-19 vaccinations up 14% in past week, White House says