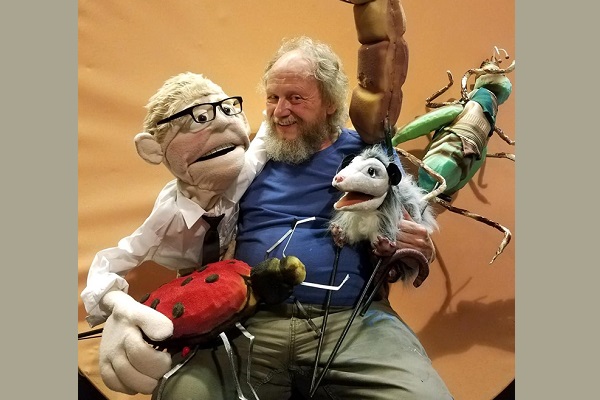 DuBois, PA – This Friday is opening night for James and the Giant Peach at the Reitz Theater in DuBois!

The show kicks off this Friday at 7:30 with an opening night gala featuring snacks from Martin’s Grocery. This Saturday at 7:30, it’s a special sign language interpretation by jenny Gordon alongside the show. A matinee performance will be Sunday at 2.

Tickets are $12 for adults and $10 for students, children, and senior citizens.

Gene Deible, who is directing the classic children’s adventure story, says this show feature some handmade puppets, operated by some amazing local puppeteers.

Listen to the full interview with Gene. 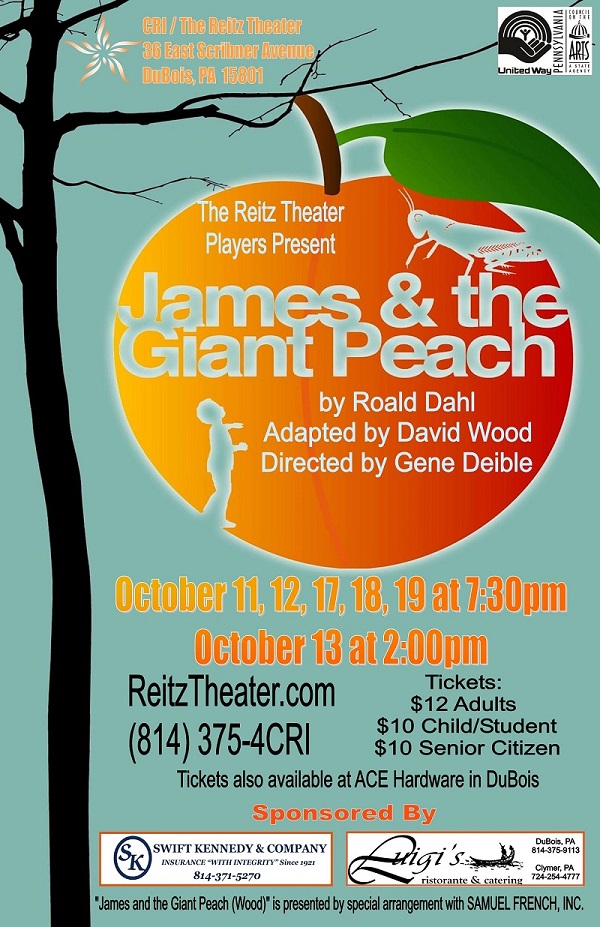 Sign Language  Interpretation will be provided on October 12 by Jenny Gordon. The opening night gala, October 11th, will feature samples from Martin’s Grocery.  Come and enjoy the offerings prior to the performance, and during the show’s intermission.  James and the Giant Peach is being sponsored Swift Kennedy Insurance Group and Luigi’s Ristorante.  “James and the Giant Peach (Wood)” is presented by special arrangement with SAMUEL FRENCH, INC.

Based on the popular children’s novel, written in 1961 by British author Roald Dahl, James and the Giant Peach chronicles the epic journey of James Henry Trotter and his magically-altered companions.  Their exciting journey, filled with inspiring wonder, is revealed through this timeless story.

This stage adaptation provides a perfect venue for examining the narrative, characters and heartfelt emotion woven into Dahl’s writing.  The incredible puppets created during our recent workshop, under the guidance of Gene Deible, will be featured in this production.  The live folk music in this production is coordinated by Joe Sensor.

Tickets for this show cost $12 for adults and $10 for children, students, and senior citizens.  Tickets can be purchased online at www.ReitzTheater.com, at Ace Hardware in DuBois or by visiting the Reitz Theater Box Office, which opens one hour prior to each show, and is also open Mondays and Fridays from 10 am- 4 pm, and Wednesdays from 4 pm- 7 pm. Please call ahead  (814-375-4274) to make special arrangements for handicapped seating, including ideal placement for viewing the sign language interpretation during the October 12th performance.