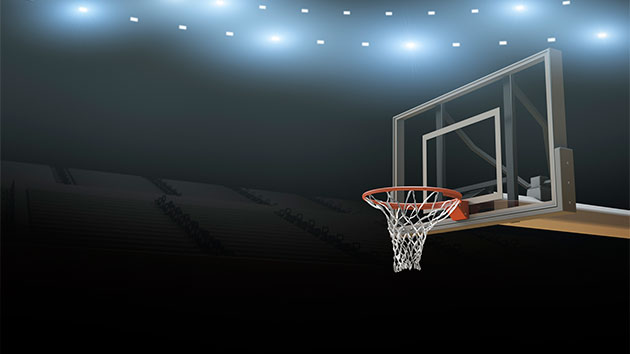 (BEIJING) — China’s state-run broadcasting network ordered a blackout Tuesday of all NBA preseason games set to be played in the country in response to league commissioner Adam Silver voicing support for Houston Rockets general manager Daryl Morey’s right to exercise his freedom of expression on the Hong Kong protests.

The apparent retaliatory move by China came in the aftermath of a controversy that erupted over a tweet by Morey last week supporting pro-democracy demonstrations in Hong Kong.

“The long-held values of the NBA are to support freedom of expression, and in this case, Daryl Morey as general manager of the Houston Rockets enjoys that right,” Silver said during a news conference in Japan, where the Rockets are scheduled to play two preseason games against the Los Angeles Lakers this week. “I understand there are consequences. We will protect our employees’ freedom of speech.”

Silver said that while he regrets that Morey’s tweet upset the Chinese government and millions of NBA fans in that country, “we are not apologizing for Daryl exercising his freedom of expression.”

In an earlier statement, Silver said, “It is inevitable that people around the world — including from America and China — will have different viewpoints over different issues. It is not the role of the NBA to adjudicate those differences.”

Shortly after Silver’s comments, China’s state-owned broadcasting network CCTV announced it is immediately suspending plans to broadcast a series of NBA preseason games scheduled to be played in China later this week as part of an effort to use basketball to bridge cultural differences between the United States and China.

“We have noticed that Adam Silver, the NBA president who is participating in the event in Japan, responded to the Houston Rockets general manager Morey’s announcement of inappropriate Hong Kong-related remarks,” CCTV officials said in a statement. “We [are] strongly dissatisfied and opposed [to] Adam’s claim to support Morey’s free expression of rights. We believe that any speech that challenges national sovereignty and social stability is not within the scope of freedom of speech.

“To this end, CCTV Sports Channel of the Central Radio and Television General Administration decided to immediately suspend the current broadcast arrangements of the NBA preseason [China Games] and immediately investigate all cooperation and exchanges involving the NBA,” the statement said.

The Brooklyn Nets and the Los Angeles Lakers are scheduled to play games this week in Shanghai and Shenzhen, China.

Morey took down a tweet with an image reading, “Fight for Freedom. Stand with Hong Kong,” within hours of posting it as caused an outcry from China.

“I did not intend my tweet to cause any offense to Rockets fans and friends of mine in China,” Morey said in a subsequent Twitter post. “I was merely voicing one thought, based on one interpretation, of one complicated event. I have had a lot of opportunity since that tweet to hear and consider other perspectives.”

On Sunday, China’s consulate general in Houston urged the Rockets to “clarify and immediately correct the mistakes” made by Morey.

Morey’s tweet prompted an angry response from several Chinese companies that sponsor the Rockets, including sporting goods manufacturer Li-Ning and Shanghai Pudong Development Bank, which both announced they are suspending their relationships with the Rockets.

CCTV and internet giant Tencent — who inked a five-year, $1.5 billion deal in August to stream NBA games in China — both said they will not show Rockets games.

Former Rockets’ star Yao Ming, the catalyst behind the team’s enormous popularity in China and the current president of the Chinese Basketball Association (CBA), announced the CBA would be suspending its relationship with the Rockets.

“For those who question our motivation, this is about far more than growing our business,” Silver said in his statement Tuesday.

American basketball has a long history in China, dating back to the 1800s when the game was introduced to the country through the YMCA. The NBA is the No. 1 sports league in China and big business for the league with at least 25 marketing partnerships and 200 NBA stores.

The Nets majority owner, Joe Tsai, the co-founder of Chinese e-commerce giant Alibaba, posted an open letter to NBA fans on Facebook on Sunday expressing his views on the controversy. Tsai wrote that Morey should have understood he was broaching a “third-rail issue” in China with his tweet, but conceded that the NBA executive has a right to “freely express” his opinion.

“The one thing that is terribly misunderstood, and often ignored, by the western press and those critical of China is that 1.4 billion Chinese citizens stand united when it comes to the territorial integrity of China and the country’s sovereignty over her homeland. This issue is non-negotiable,” Tsai wrote.

During his news conference, Silver expressed support for Tsai’s “right to respond” to Morey’s “right to freedom of expression.”

“I can tell you, at least speaking for the United States, I think there’s far more understanding of the complexity of the issues in Hong Kong than there was heretofore,” Silver said. “Sports often serves that purpose that takes people who might not otherwise pay attention to issues in society and … shines a light on them.”