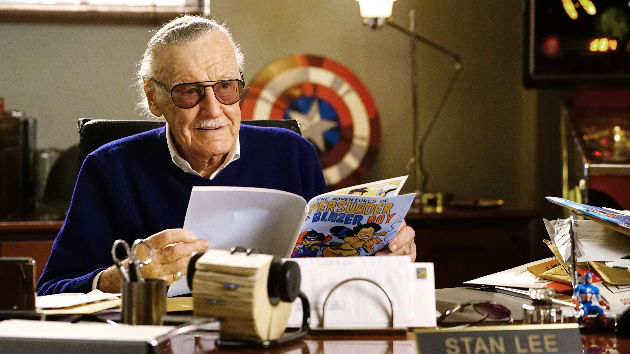 As the creative force behind Marvel Comics, Lee created or co-created Spider-Man, Iron Man, The Fantastic Four, The X-Men, Thor, The Hulk, Doctor Strange and many other characters.  He also had cameos in nearly every Marvel film.

One such tribute quoted Avengers: Endgame by concluding with the words “Stan, we love you 3000.”

Gregg’s Agents of S.H.I.E.L.D. co-star Ming-Na Wen spoke about how Lee was one of the driving forces behind making Marvel Comics more inclusive, while Loki himself, Tom Hiddleston, spoke about how Lee became just as big a star as the heroes he created.

“Stan Lee’s in more movies than I am!” Hiddleston marveled.

Paul Bettany, who plays Vision, thanked Lee for “giving us freaks and weirdos a place to belong.”

But perhaps Hiddleston said it best.

“Stan Lee started a story with no end, and it changed the world,” he noted. “We couldn’t stop it now if we tried. ‘Nuff said.”

So far, there’s no airdate for the special.