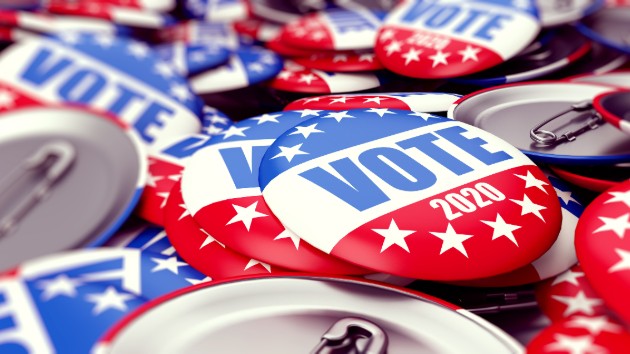 (WASHINGTON) — If there’s a don’t-miss thoroughfare on the 2020 campaign trail, it’s the key constituency of the labor vote. Already, presidential hopefuls have been working overtime to court unions — from policy proposals to picket lines to one-liners.Candidates often lean heavily on their personal connection to union membership while they campaign to woo these coveted endorsements, but that may not be enough to seal the deal this election cycle. This past weekend, much of the Democratic field convened in Los Angeles to try and win the backing of the Service Employees International Union — a major labor force — with many of the candidates trying to relate to the room using their own family trees.”I wouldn’t be here without unions,” Sen. Amy Klobuchar, D-MN., said. “I stand before you today as the granddaughter of an iron ore miner and a union member, the daughter of a teacher union member, the daughter of a newspaper man and a union member.””I was listed my entire career as the poorest man in the United States Senate,” Vice President Joe Biden said, growing emotional. “My dad used to have an expression. He said, Joey, a job’s about a lot more than a paycheck. It’s about your dignity.””I grew up in a paycheck to paycheck family. And my daddy ended up as a janitor,” Sen. Elizabeth Warren, D-Mass. “There was nobody there to help him out, because he didn’t have a union on his side … My uncle Stanley was a meatpacker, proud member of a union … My brother made enough working union construction that he could support a family.”One by one they took the stage to talk about their personal connections — their father, brother, grandfather, uncle — as evidence of their solidarity with workers.But family album anecdotes may not be enough to win the labor vote.”It’s not about what you say — I want to know what you stand for,” said Alaina Brooks, SEIU delegate for California’s 36th Assembly District, executive board member for Local 2015.”Don’t come to us saying your great-great-great-grandfather was a card-carrying union member — my uncle’s daddy’s cousin was a janitor — I don’t care! If you’ve got a union card — pull it out!” Brooks told ABC News. “If you’ve been fighting with us, great. But if I haven’t seen your work? Then it’s pandering. Yeah, it’s political pandering. And they lose points. There’s just no room here for TV politicians.””I would bet my co-contribution no one cares about your great uncle,” Brooks said. “Our boots have been on the ground for years.”SEIU members gathering to hear 2020 hopefuls repeatedly expressed that it is not enough to take the stage with your own family story. If you have one? Great. But they’re looking for proverbial street credit on labor issues and a candidate’s willingness to fight. And that takes concrete action and policies.They look at candidates like Sen. Bernie Sanders, I-Vt., long a champion for unions; and Warren — both whose campaigns have unionized, and both who, like several of their fellow 2020 candidates, have recently shown solidarity on the UAW picket lines. Moreover, just ahead of her SEIU appearance, Warren rolled out an expansive plan aimed squarely at workers with a hearty bid for extending labor rights.”We’re fighting for everyone — raising the tide for workers, who need a seat at the table,” Simboa Wright, who works in wastewater management, said. “We need a candidate who cares about caring about people.””We’re not looking for a savior — we got our own work to do,” said Carol Banks, a public service worker. “We’re proud – but we’ve lost a lot of faith in politicians.”There’s also still resentment leftover from the last election cycle, some members say, where many unions made their primary pick from the top-down. SEIU endorsed Hillary Clinton in the fall of 2015 through a vote from their executive board — though teamsters expressed preference for Sanders, Brooks says.”They need to listen to the people this time,” Brooks told ABC News.And they’re asking one important question:”What are you going to do? Where am I going to see you?” Brooks says. “Where are you going to show up at — if you’re not elected?” Copyright © 2019, ABC Audio. All rights reserved.