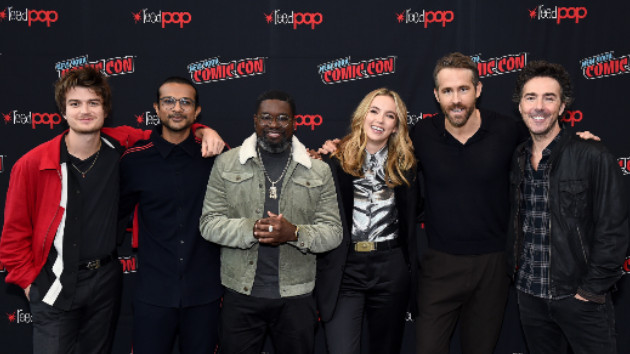 (NEW YORK) — Prior to Thursday, nobody had really ever heard of a movie called Free Guy.  But following a panel focused on the action comedy at New York Comic Con, it was all people were tweeting about.

Directed by Shawn Levy, Free Guy stars Ryan Reynolds as Guy, a banker who realizes a background character — known as a non-player character or NPC — in a video game.

“Now the world knows a little bit more about Free Guy!” Levy told ABC Audio after the cast and crew took part in a panel and fans were shown some clips. “That was part of the thrill …it’s so rare that a movie comes out that there’s no prior branding. There’s no book. There’s no comic, there’s no nothing.”

“It was incredible,” said Jodie Comer of the panel. “Honestly, I didn’t know what to expect…but everyone was so responsive and enthusiastic, and it was kind of special to watch it for the first time with everyone, you know?”

Keery, who worked with Levy on Stranger Things, called walking on stage at Comic Con, “so electric…I feel like this is the beginning of the buzz of this film.”

“I’m still on a 10,” Lil Rel told us of the fan reaction. “That was surreal…to feel the energy in the room, the excitement?! July 3rd 2020. This is gonna be the biggest movie next year!”