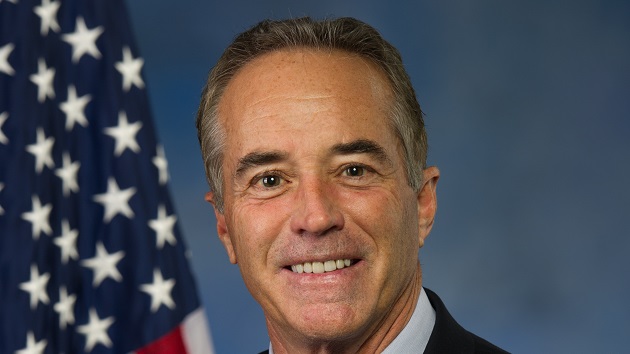 (WASHINGTON) — Republican Rep. Chris Collins of New York, accused of insider trading, has resigned, a spokesman for House Speaker Nancy Pelosi confirmed Monday. “We are in receipt of a letter of resignation. It will be laid down on the House Floor tomorrow during pro forma. Resignation will be effective at that time,” the spokesman told ABC News. Collins’ office declined to comment.A conservative from upstate New York, Collins represents the swath of suburbs between Buffalo and Rochester and was the first U.S. congressman to endorse Donald Trump’s candidacy and remained a staunch Trump ally.Last September, after Collins and another GOP congressman faced federal charges, Trump tweeted, “Two long running, Obama era, investigations of two very popular Republican Congressmen were brought to a well publicized charge, just ahead of the Mid-Terms, by the Jeff Sessions Justice Department. Two easy wins now in doubt because there is not enough time. Good job Jeff…”Collins was at the White House in June 2017 for the annual congressional picnic when he received an email, court records show.The chief executive of Innate Immunotherapeutics had “bad news to report,” according to court records. A multiple sclerosis drug the Australian firm had been developing failed a clinical test.Collins, who served on the company’s board of directors, replied, “Wow. Makes no sense. How are these results even possible???”A minute later, according to court records, Collins began a series of phone calls to his son Cameron to tip him off to the test results “anticipating Cameron Collins would use it to trade and tip others.”The test results were made public four days later and Innate stock dropped 92 percent. By then, however, Collins, his son and his son’s future father-in-law had avoided $768,000 in losses.A grand jury returned an indictment charging the trio with insider trading. The men surrendered to the FBI in New York.“We will answer the charges filed against Congressman Collins in court and will mount a vigorous defense to clear his good name,” a statement from his attorneys said at the time. “We are confident he will be completely vindicated and exonerated.”Collins, his son Cameron, and Stephen Zarsky pleaded not guilty at the time. The judge set bail at $500,000 each.The congressman was ordered to surrender his diplomatic passport. All three men were ordered to surrender firearms to local authorities.Collins orginally denied the charges brought against him.”I believe I acted properly and within the law at all times with regard to my affiliation with Innate,” Collins said at the time. “The charges that have been levied against me are meritless.” Copyright © 2019, ABC Audio. All rights reserved.

Pastor says addressing resistance to Biden administration is part of the job
John Krasinski, Dan Levy, Regina King are the first ‘SNL’ hosts of 2021
Lawmakers outraged at images of National Guard sent from Capitol to parking garages
‘Game of Thrones’ prequel, ‘Tales of Dunk and Egg’, in the works at HBO
Coronavirus live updates: Fauci says lack of truthfulness ‘very likely’ cost lives
How to fix home appliances yourself before spending hundreds of dollars