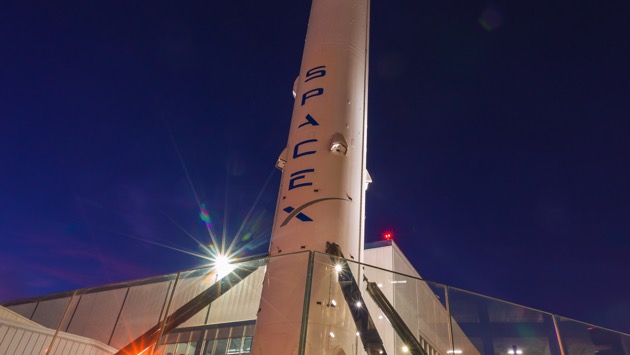 (BOCA CHICA, Texas) — SpaceX CEO Elon Musk shared his vision for a future of commercial space travel with the latest updates on the company’s new Starship spacecraft, which he hopes will soon carry humans to the moon and Mars.”The critical breakthrough that’s needed for us to become a spacefaring civilization is to make space travel like air travel, so with air travel when you fly a plane, you fly that plane many times,” Musk said Saturday in a livestreamed speech from the company’s launch facility in Texas.A “rapidly reusable orbital rocket” that can be used to travel to space, land back on earth, refuel and travel back again is the “holy grail of space,” Musk added.

Ultimately, Starship will carry as many as 100 people on long-duration, interplanetary flights pic.twitter.com/mDujtYeLwV

Musk said he hopes the Starship will achieve this dream, adding that they plan for it to launch for the first time in “one to two months” and reach at least 65,000 feet before it returns to Earth.”I mean this is going to sound totally nuts but I think we’re want to try to reach orbit in less than six months,” he said.The Starship will “be the most powerful rocket in history, capable of carrying humans to the Moon, Mars, and beyond,” SpaceX said in a tweet.Eventually, they hope it will be able to carry as many as 100 passengers on “long-duration, interplanetary flights” and be an affordable delivery method for “significant quantities of cargo and people, essential for building Moon bases and Mars cities,” the company said.While many experts pointed out that this is a highly ambitious timeline for a spacecraft that has yet to launch, Musk acknowledged that one of the goals of his presentation was to get people excited about the future of space exploration.”There are many troubles in the world, of course, and these important and we need to solve them, but we also need things that make us excited to be alive that make us glad to wake up in the morning,” he said. “Space exploration is one of those things, and becoming a space-exploring civilization, and being out there among the stars this is one of those things that makes me glad to be alive.”

The Starship is the spacecraft lined up to take Japanese billionaire Yusaku Maezawa, who will be SpaceX’s first private passenger, to the moon in 2023.It is unclear how much Maezawa paid, but Musk thanked him for his support during Saturday’s presentation.Copyright © 2019, ABC Audio. All rights reserved.