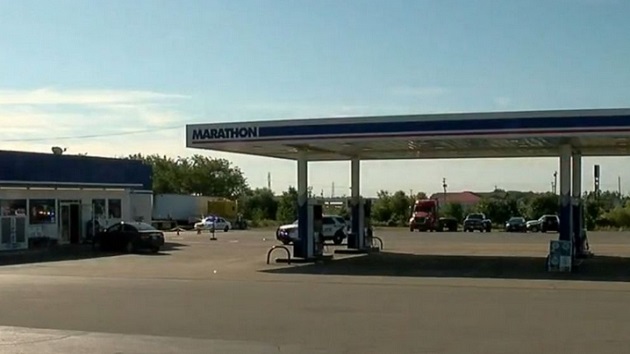 (SEAMAN, Ohio) — An Ohio man is suspected of setting a fatal fire in his home before killing a delivery man at a gas station and then taking his own life at the end of a police chase, authorities said Friday.Police identified Brandon Carter, 44, of Seaman, Ohio, as the suspect in the crime spree that left at least three people dead and one injured.Carter fatally shot a delivery truck driver at a gas station in Seaman, about an hour east of Cincinnati, while in the process of attempting to abduct a female clerk, authorities told Cincinnati ABC affiliate WCPO.He then shot and injured the clerk as she was trying to run away.Carter then drove off and robbed another gas station before police spotted his vehicle and gave chase. The pursuit ended in Pike Country, where Carter crashed his car and then fatally shot himself as police closed in, authorities said.Police said that Carter had also set fire to the home he shared with his mother, and investigators reported late Friday that they had discovered human remains at the site.Authorities said they were investigating all aspects of the crime spree.