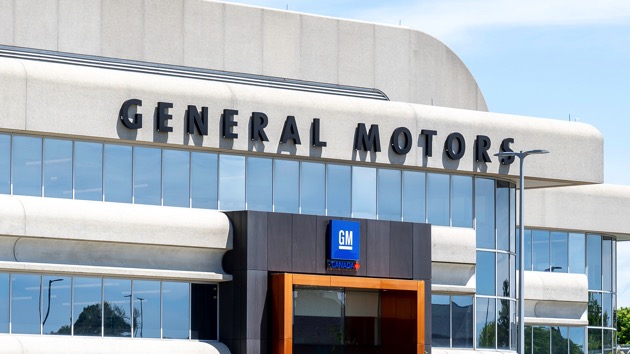 (DETROIT) — As the United Auto Workers strike at General Motors nears its second full week, some headway has been made at the negotiating table, sources told ABC News.A deal could be struck by as soon as this weekend if the progress continues, a UAW source familiar with the matter told ABC News.The negotiations with GM have entered a new stage and moved to the main table. In recent days, talks have been confined to smaller committees as the two sides struggled to hammer out details, UAW sources added.UAW vice president Terry Dittes sent an update to members on Wednesday confirming that “all unsettled proposals are now at the Main Table and have been presented to General Motors, and we are awaiting their response.””This back and forth will continue until negotiations are complete,” Dittes added.Nearly 50,000 union workers walked off their jobs on the night of Sept. 15, starting a nationwide strike at General Motors after a previous labor contract expired and negotiations over a new one fell apart.Union leaders have argued that GM workers deserved a bigger slice of the company’s profits, which they say have totaled $35 billion in North America over the last three years. Union members are calling for fair wages, saying for every $1 a GM employee made, CEO Mary Barra made $281.They are also fighting for the retention of a health insurance plan in which workers pay about 4% of the costs, an improved pension and assurances that GM — the maker of Buick, Cadillac, GMC and Chevrolet — will not close four plants in Maryland, Ohio and Michigan.The strike comes nearly a year after GM announced it was laying off 15 percent of its salaried workers and shuttering five plants in North America.A GM spokesperson told ABC News Thursday that, “We continue to talk and our goal remains to reach an agreement that builds a stronger future for our employees and our company.”GM has argued that its offer to the union “prioritizes employees, communities and builds a stronger future for all.””It includes improved wages and health care benefits, over $7B in U.S. investments and 5,400 jobs,” according to a post on GM’s Twitter page.The strike has received national attention as prominent political figures including 2020 presidential candidates Elizabeth Warren and Joe Biden have joined the picket lines and voiced solidarity with striking workers.

The workers of @UAW are fighting for fair wages and good benefits—and I have their backs. When unions win, all workers win. pic.twitter.com/xC2di0jzLH

Economic ripple effects of the strike have been felt by GM workers in Canada, where hundreds were temporarily laid off at a GM plant in Oshawa as a result of the strike. GM suppliers have also said they are monitoring the negotiations closely to see if they have to reduce their workforce if the strike continues.Copyright © 2019, ABC Radio. All rights reserved.

Front-line doctors face a mental health crisis amid coronavirus: Can medicine overcome the culture of stoicism?
Pentagon has troops on 4-hour standby to go to Minneapolis if needed
How some cities plan to increase outdoor dining as restaurants reopen
Trump again stokes racial divides, a reality at odds with his efforts to court black voters
Barr claims protests were ‘hijacked’ as authorities point to out-of-state actors
Minnesota protest live updates: If you can say you can’t breathe, you’re breathing’, mayor faces comments backlash