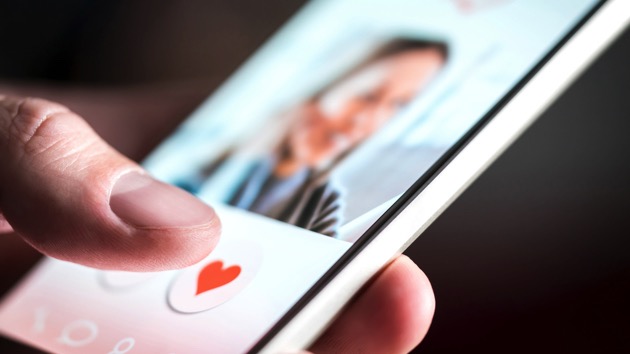 (WASHINGTON) — The Federal Trade Commission announced Wednesday it’s suing Match, the owner of such popular online dating platforms as Match.com, OkCupid and Tinder because the government says it tricked people into buying paid subscriptions using fake love-interest ads.In a statement posted online, the Match Group denied the allegations.”The FTC has misrepresented internal emails and relied on cherry-picked data to make outrageous claims and we intend to vigorously defend ourselves against these claims in court,” the Texas-based company said in a post to its website.According to the FTC, the company lured customers by allowing a person to create a Match.com profile free of charge. The potential customer would then receive emails stating that “someone had expressed an interest” along with love-interest ads. In order for the person to respond to messages, they would have to upgrade to a paid subscription.”You caught his eye and now he’s expressed interest in you… Could he be the one? READ HIS EMAIL,” stated one fake ad cited in the complaint.”Someone’s Interested in You!” states another ad. It continued, “1 woman has shown interest in you this month! And best of all, PAY 25% LESS when you subscribe today. Find out who’s interested and save big with this limited-time offer!”The FTC is an independent government regulator whose primary mission includes stopping deceptive advertising.”Many consumers purchased subscriptions because of these deceptive ads, hoping to meet a real user who might be ‘the one,"” the agency stated. “The FTC alleges that instead, these consumers often would have found a scammer on the other end.”Match said it has spent “time, money and emotional capital” fighting fraud because that’s good business.”We’ve developed industry leading tools and (artificial intelligence) that block 96% of bots and fake accounts from our site within a day and are relentless in our pursuit to rid our site of these malicious accounts,” the company stated on its site.”The issues the FTC is focusing on have either been taken grossly out of context or permanently eliminated by Match,” it later added.The FTC filed its complaint in the U.S. District Court Northern District of Texas, where the Match Group bases its operations.Copyright © 2019, ABC Radio. All rights reserved.