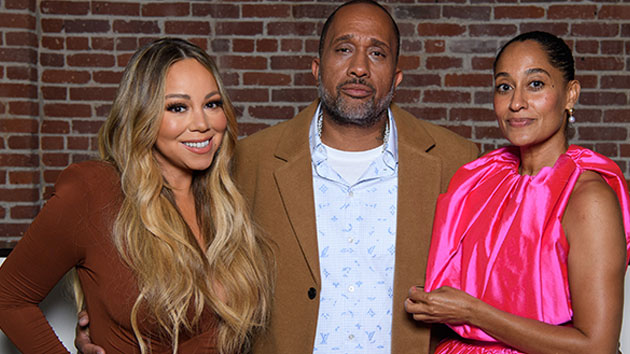 The song “In The Mix” was written, produced, and performed by Mariah Carey.  It also features vocals from her eight-year-old twins, Moroccan and Monroe, who chant “yay us” and laugh throughout the song.

The multiplatinum artist debuted “In The Mix” at ABC’s “Embrace Your Ish” premiere event on Tuesday at Goya Studios.  The event featured screenings of the new series and black-ish, along with a sizzle recap of the second season of grown-ish.

Show creator and executive producer Kenya Barris welcomed Carey to the stage to discuss the meaning behind the theme song and the importance of including mixed-race families on television.

mixed-ish will explore the backstory of black-ish charactaer Rainbow Johnson, played by Tracee Ellis Ross, and will follow her journey growing up in a mixed household in the suburbs during the 80s — and her struggles in a school where her classmates don’t perceive her as black or white.

Stormy weather pattern on the way for the West and the South
What the latest Johnson & Johnson COVID vaccine data really means
A third stimulus check could be coming. Here’s what Americans did with the others
Teenage girl dies after saving younger brother when they fell in frozen lake
Neighbor gives up COVID-19 vaccine appointment to stranger in need
“I didn’t have a problem with the way we were doing it” — ‘Simpsons’ creator Matt Groening responds to racial casting flap