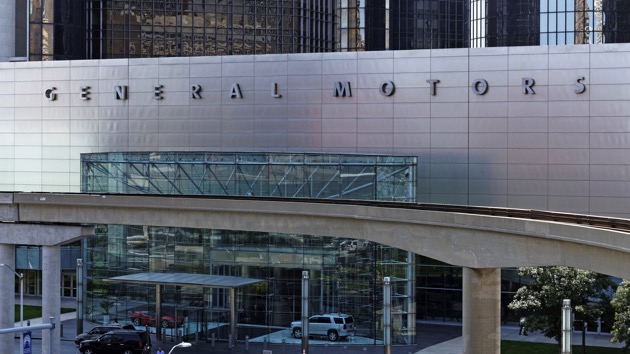 (DETROIT) — General Motors is no longer paying the health care costs for the tens of thousands of auto workers who went on strike on Monday, shifting the costs instead to a union fund.More than 49,000 union workers walked off their jobs on Sunday night, starting a nationwide strike at General Motors. As negotiations enter their third day on Wednesday, the health coverage for striking workers will no longer be covered by GM.Mary Kay Henry, the president of the Service Employees International Union which represents more than 2 million members slammed the news in a statement, calling it “heartless and unconscionable.”“GM’s decision to yank healthcare coverage away from their dedicated employees, in the dead of night, with no warning, is heartless and unconscionable. GM’s actions could put people’s lives at risk, from the factory worker who needs treatment for their asthma to the child who relies on their parents’ insurance for chemotherapy,” she said. “Thankfully these men and women have their union, which is making sure working people and their families can continue to get care.”In a statement to ABC News, GM expressed sympathy that “strikes can be difficult and disruptive to families.””While on strike, some benefits shift to being funded by the union’s strike fund, and in this case hourly employees are eligible for union-paid COBRA so their health care benefits can continue,” the statement added.Union leaders have argued that GM workers deserved a bigger slice of the company’s record profits, which they say have totaled $35 billion in North America over the last three years. Union members are calling for higher wages, retention of a health insurance plan in which workers pay about 4 percent of the costs, an improved pension plan and assurances that GM — the makers of Buick, Cadillac, GMC and Chevrolet — will not close four plants in Maryland, Ohio and Michigan.As negotiations remain at a stalemate, some on the front lines say they hope for a swift resolution.Copyright © 2019, ABC Radio. All rights reserved.