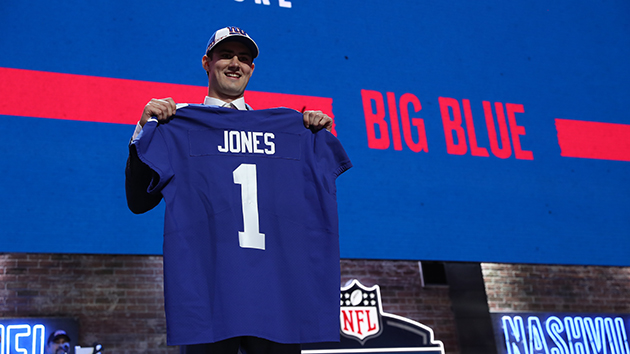 (NEW YORK) — The New York Giants are turning to rookie Daniel Jones at quarterback for Week Three, ending Eli Manning’s run as the team’s starter after nearly 15 years.”Eli and I spoke this morning,” head coach Pat Shurmur said in a news release. “I told him that we are making a change and going with Daniel as the starter.”Shurmur said Manning was disappointed by the news, but vowed to continue to be a good teammate. Jones was the team’s first-round selection in this year’s draft, number six overall. The selection was questioned by some experts, who questioned whether his collegiate performance at Duke warranted such a high draft pick. Manning made a franchise-record 232 starts for New York. He won two Super Bowls with the team, beating the New England Patriots both times.”Ultimately, this is a move that I felt was best for this team at this time,” Shurmur said. “This move is more about Daniel moving forward than about Eli.”Copyright © 2019, ABC Radio. All rights reserved.