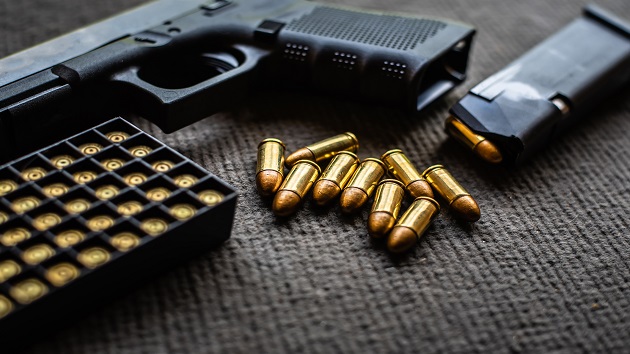 (NEW YORK) — Sen. Ted Cruz, R-Texas, said there have been “too damn many” mass shootings in Texas, but claimed that gun control proposals from Democrats would not have stopped the recent mass shootings in his home state.

“We’ve seen too damn many of these in the state of Texas. So, we need to end them, absolutely, yes,” he said on ABC’s “This Week” Sunday, after describing the time he spent with the families of mass shooting victims in west Texas.

“Now, the question is what do we need to do that actually works? And this is where I get frustrated with Democratic politicians in Washington,” he added. “Because the proposals they’re putting forward would not have stopped a single one of these mass murders.”

Cruz’s claim comes despite federal and local law enforcement sources telling ABC News that the gunman who killed seven and injured 25 in a shooting spree in Midland and Odessa Texas on Aug. 31 purchased his AR-style weapon in a private sale that may have been barred under expanded background check legislation.

Law enforcement sources have told ABC News that the suspected gunman was barred from purchasing or possessing a firearm because he had been diagnosed with a mental illness. He obtained the firearm he used in the shooting through a private sale, federal and local law enforcement sources said.

In private sales, a seller is not allowed to sell a weapon to a buyer that has been flagged by law enforcement. However, sellers are not obligated to run a background check themselves or ask if the buyer can legally own a weapon.

Universal background check legislation — passed by the House earlier this year — and the Manchin-Toomey bill proposed in the Senate would expand requiring background checks to include private and internet sales.

On “This Week,” Cruz instead argued for the proposal he first introduced in 2013 with Sen. Chuck Grassley, which the two re-introduced in May. While it doesn’t enact universal background checks, the legislation aims to strengthen the current system by prosecuting those with a criminal history who lie on background check forms and criminalizing straw purchases

Cruz said there was “a very good possibility” that the Grassley-Cruz proposal could have prevented the 2017 Sutherland Springs church shooting when speaking to the Christian Science Monitor on Thursday.

Mass shootings in August, two of which were in the senator’s home state of Texas, have renewed discussions around the country and on Capitol Hill about gun control.

Senate Majority Leader Mitch McConnell repeated on Tuesday that he would not advance gun control legislation that he believed President Donald Trump would not sign.

Trump said there had been “a lot of progress” on background checks when speaking with reporters on Thursday after being briefed on proposed gun control measures.

However, of Democrats recent proposals on the issue, he said, “There’s a possibility that this is just a ploy to take your guns away.”

Cruz said he spoke with both McConnell and Trump this past week about his proposal, which he argued would improve and strengthen background checks while protecting Second Amendment rights.

When Stephanopoulos asked Cruz about proposals to expand background checks to private sales, Cruz argued that Democratic proposals were a slippery slope towards gun confiscation.

“If you have a federal government background check for (private transactions), what you will see the next step to be is the only way to enforce that is a federal gun registry and a gun registry is the step you need for gun confiscation,” he said.

Cruz voiced opposition to Democrats’ proposals for gun control, including that of former Rep. Beto O’Rourke, who has called for mandatory gun buybacks.

“The federal government should not be confiscating guns from law-abiding citizens,” Cruz said.

He has also said previously that expanding background checks too far could hurt Republicans politically in 2020.

“If Republicans abandon the Second Amendment and demoralize millions of Americans who care deeply about Second Amendment rights, that could go a long way to electing a President Elizabeth Warren,” Cruz said Thursday in comments reported by The Hill.