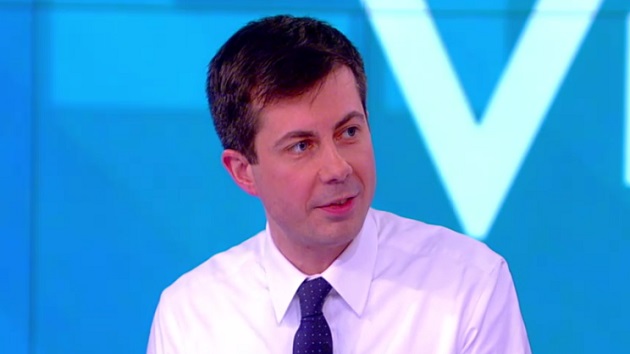 (NEW YORK) — South Bend, Indiana, Mayor Pete Buttigieg told ABC News Chief Anchor George Stephanopoulos that his comments about Afghanistan during Thursday night’s ABC News Democratic debate are being misconstrued. During the debate in Houston on Thursday, he said, “The best way not to be caught up in endless wars is to avoid starting one in the first place.”The tail end of that remark prompted the Wall Street Journal to claim that the mayor said the United States started the war.”Let’s be very clear, we went to war in Afghanistan, because the United States was attacked,” Buttigieg said. “That’s why we acted. … What I’m saying is that wars are extremely difficult to end.”Buttigieg, an Afghanistan war veteran, told Stephanopoulos that Sunday marks his anniversary for leaving the country five years ago when he was serving overseas.”I thought I was one of the very last troops there. We are still there. We are still debating how to get out. So the lesson is, when we’re looking at the possibility of new conflicts erupting, like some of the talk around Iran, we better remember how hard it was and is to resolve even a war that we had no choice but to be drawn into.”The mayor was also asked about the recent drone strike on Saudi Arabia’s largest oil processing facility, who the U.S. if blaming Iran for the attack, saying this, “appears to be spillover from the Yemen conflict.”President Donald Trump has called the Saudi Crown Prince with a message of full support. Buttigieg said if he were commander-in-chief, his focus would be to make sure “this doesn’t escalate into further instability, conflict, and not only danger to world oil supply, but danger to peace.”He said the region is already destabilized enough “without fears that a president could destabilize it further with the next tweet.””We need to make sure right now that we create options to prevent things from escalating further and … making sure that the United States is playing a constructive role in guiding that conflict toward resolution,” Buttigieg said. “The good news, in a case like this, when you think about the United States ability to be a constructive force, is that we have leverage with both sides. We have leverage with the Saudis because of our alliance and have had leverage with Iran. The problem is, we’re either taking our own options off the table or not using them well.” Copyright © 2019, ABC Radio. All rights reserved.

Michael Bloomberg qualifies for Democratic debate
Tiffany Boone opens up about Quitting “The Chi”
What to know about Gen Alpha, the generation born 2010 to today
Pit bull ban in Denver remains after mayor vetoes vote to repeal
Army dad surprises daughter for Valentine’s Day after returning from Afghanistan
CNN, Univision to host March Democratic debate in Arizona, a 2020 battleground