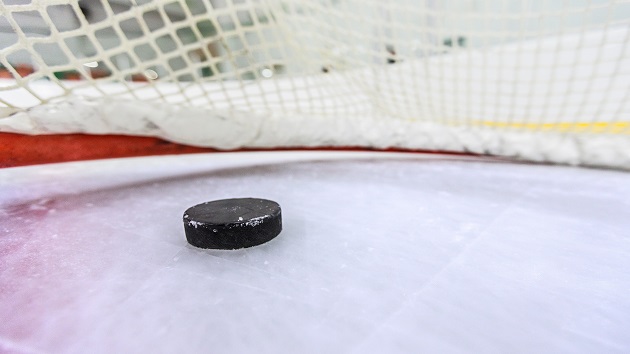 (BOSTON) — Hockey great Stan Makita is the latest professional athlete to join the list of Hall of Famers diagnosed with the degenerative brain disease CTE.The announcement was made Friday by Dr. Ann McKee of Boston University’s CTE Center, one year after Makita died at the age of 78.Makita, a star of the 1960s who was elected to the Hockey Hall of Fame in 1983, is the first NHL Hall of Famer to have been diagnosed with chronic traumatic encephalopathy.The list of football Hall of Famers who have been diagnosed with CTE includes NFL greats Mike Webster, Junior Seau, John Mackey and Lou Creekmur.Other pro hockey players who have been posthumously diagnosed with CTE include NHLers Derek Boogaard, Bob Probert, Jeff Parker and Todd Ewen.A postmortem analysis of Makita’s brain by Boston University’s CTE Center showed that the Chicago hockey great had stage 3 chronic traumatic encephalopathy; stage 4 is the most severe form.CTE, which is associated with repeated blows to the head and is known to cause memory loss, violent moods and other cognitive difficulties, can only be diagnosed after death.Makita was diagnosed with another degenerative brain condition, Lewy Body Disease, in the years prior to his death.“Stan Mikita was diagnosed with two neurodegenerative diseases that our research has shown are associated with a long career in contact sports such as ice hockey: CTE and Lewy body disease,” said McKee in a statement released in conjunction with the announcement.Originally a scrapper, the diminutive Mikita became a prolific scorer and went on to capture four NHL scoring titles in a long 22-year career with the Blackhawks.He led Chicago to a Stanley Cup title in 1961, and in 2017 was named by the NHL as one of the 100 greatest players in league history.Copyright © 2019, ABC Radio. All rights reserved.