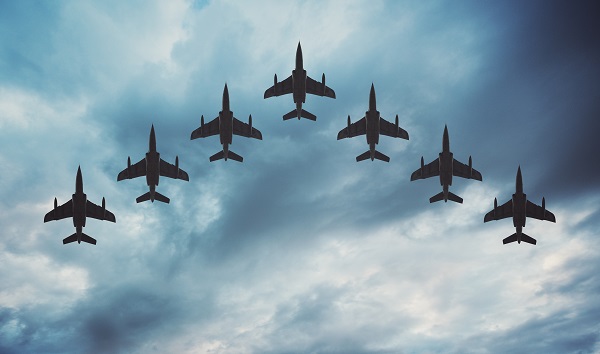 (NEW YORK) — A special operations airman was awarded the Air Force Cross on Friday at a ceremony that recognized his actions during a 2017 combat mission against the Islamic State in eastern Afghanistan.Staff Sgt. Daniel Keller, assigned at the time as a joint terminal attack controller for Combined Joint Special Operations Air Component Afghanistan, is credited with helping to save the lives of 130 members of his assault force who came under fire during a clearance mission against 350 ISIS fighters in Nangarhar Province on Aug. 16, 2017.Keller, a combat controller with the Kentucky Air Guard’s 123rd Special Tactics Squadron, was awarded the medal by Air Force chief of staff Gen. David Goldfein in Louisville, Kentucky on Friday.The Air Force Cross is the nation’s second-highest medal for combat valor, only after the Medal of Honor, and is “bestowed on members of the armed forces who display extraordinary heroism while engaged in action against an enemy of the United States,” according to a release from the Kentucky Air National Guard.”[Keller] controlled the most aircraft, he dropped the most bombs — by a long shot I might add — and saved the men he was with,” Goldfein said during the Friday ceremony.After 15 hours of combat, his force struck an improvised explosive device that killed four personnel and wounded 31 others, the release said. Keller, who also suffered a traumatic brain injury from the explosion, managed to direct airstrikes while returning fire, “repulsing an enemy assault” less than 500 feet away.The award citation states that Keller helped move 13 critically wounded casualties to a helicopter landing zone “under a hail of enemy fire.””When medical evacuation helicopters were unable to identify the landing zone, he sprinted to the center of the field, exposing himself to enemy fire in order to marshal in both aircraft and aid in loading casualties,” according to the citation.Keller then “repulsed a three-sided enemy attack by returning fire with his M-4 and passing enemy positions on to another joint terminal attack controller, allowing friendly forces to break contact” with the enemy. He later had to be medically evacuated for his injuries.”His personal courage, quick actions and tactical expertise whilst under fire directly contributed to the survival of the 130 members of his assault force, including 31 wounded in action,” the citation said.It’s estimated that 50 ISIS fighters were killed during the operation.”We never know when airmen like Dan will risk everything for a teammate in a really bad situation,” Goldfein said, adding, “He didn’t give it a second thought or a moment’s hesitation.”The American killed in the operation was Staff Sgt. Aaron Butler, 27, a Green Beret with 19th Special Forces Group. Air Force Staff Sgt. Pete Dinich, an active duty pararescueman assigned to the 24th Special Operations Wing, was presented a Silver Star medal in September for his actions during the 2017 operation.Copyright © 2019, ABC Radio. All rights reserved.