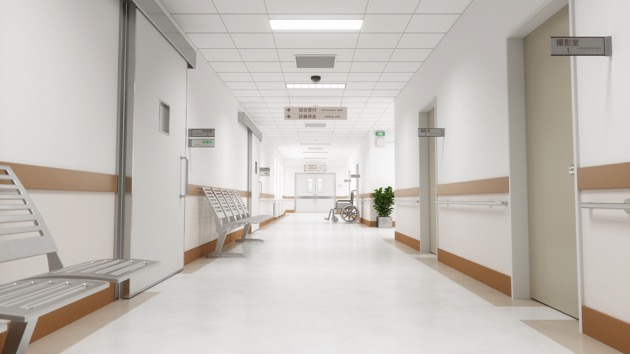 (ATLANTA) — A Vietnam War veteran was bitten more than 100 times all over his body by ants while he lay in poor health in his bed on the campus of an Atlanta Veteran Affairs hospital just days before he passed away.Laquna Ross, the daughter of Air Force veteran Joel Marrable, was visiting her father at the Eagle’s Nest Community Living Center, a nursing home for veterans on the Atlanta VA Medical Center campus, where he was being treated for cancer, when she noticed her father’s hands were swollen and his body was covered with red bumps.Ross said she alerted a medical center staffer to her father’s new ailments and was “worried and confused because that wasn’t how he looked when I saw him the last time,” she told ABC Atlanta affiliate WSB-TVThe response she got from the employee shocked her.”[The staff member] said, ‘You know, the ants,'” Ross said. “The staff member says to me, ‘When we walked in here, we thought Mr. Marrable was dead. We thought he wasn’t even alive, because the ants were all over him.'”Marrable died just days later.”Yes, he had cancer. Yes, he was going to die,” Ross said. “If it didn’t promote his body to die quicker, what is the protocol within the VA just to manage when something like this happens?”The Atlanta VA Hospital released a statement in response to Marrable’s case describing the actions they had taken including stripping all the bedrooms and inspecting them for ants, removing all open food containers, hiring a pest control company to do an inspection and purchasing plastic containers for the resident’s snacks.”The Atlanta VA Health Care System leadership team has been notified that ants were found in our Community Living Center and impacting patients. CLC staff immediately cared for the Veterans and took action to ensure no other CLC residents were impacted. We would like to express our heartfelt remorse and apology to the Veterans’ families and have reached out to them to offer appropriate assistance,” the statement read.After the incident, Ross said that the health center workers bathed Marrable and cleaned his room, but the next day, the ants came back. He was then moved to a new room where he would later die, according to WSB-TV.”Atlanta VA Health Care System always strives to provide Veterans with the very best health care available. When we don’t meet that standard, we hold ourselves accountable. That’s why we have initiated a fact finding on the nursing and environmental care processes to ensure we are providing safe and effective care,” the Atlanta VA Hospital statement concluded.Ross said her father “deserved better.””His room had ants, the ceiling, the walls, the beds. They were everywhere,” she said. “He served his country in the Air Force, and I think that he deserved better.”Copyright © 2019, ABC Radio. All rights reserved.