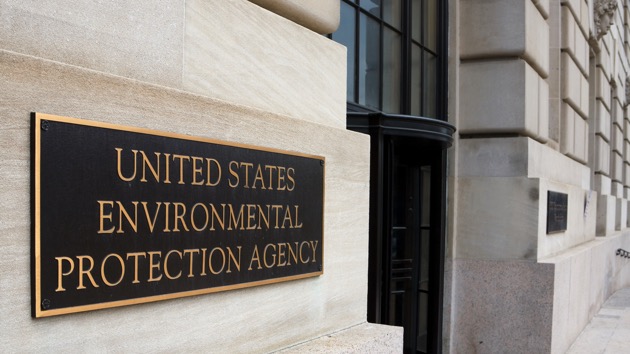 (WASHINGTON) — The Environmental Protection Agency on Thursday is expected to announce the official repeal of the Obama-era Waters of the United States rule intended to protect bodies of water such as rivers and wetlands from pollution, returning the country to water standards from 1986.Repealing the Waters of the United States rule – or WOTUS – would fulfill a campaign promise from President Donald Trump made to farmers, developers, and manufacturers who complained the rule was too onerous and expensive to comply with, and duplicated state and local rules.Former EPA chief Scott Pruitt often said a dry creek bed could have been regulated as a “water of the United States” under the Obama-era definition.Farmers say the rule imposed too much bureaucracy on their operations as it intended to limit releases of chemicals and animal waste that can flow downstream and contribute to pollution or algae blooms and Trump’s promise to repeal it has been a big applause line at the president’s campaign rallies.The rule has come under legal scrutiny and is currently effective in some states. Under the change, areas that are only wet after it rains — such as seasonal streams — would no longer be federally regulated by EPA, mostly in the west and southwest areas of the country, though it’s unclear how much impact the change will have.Experts and environmental groups have raised concerns that the repeal could threaten wetlands in coastal areas like South Carolina that provide protection from flooding and provide habitat for wildlife, and could result in chemicals or waste from agriculture or manufacturing flowing from dry creek beds into major waterways during rain.Jon Devine, the director of federal water policy at the Natural Resources Defense Council (NRDC) released a statement opposing the Trump administration’s decision.“The Clean Water Rule represented solid science and smart public policy. Where it has been enforced, it has protected important waterways and wetlands, providing certainty to all stakeholders” he wrote.“The Trump administration’s wild-eyed attempts to reward polluters, however, knows no bounds, so it is repealing these important protections without regard for the law or sound science. This unsubstantiated action is illegal and will certainly be challenged in court.”The EPA still has to propose a new definition for what bodies of water will be federally regulated that will replace the WOTUS rule.Copyright © 2019, ABC Radio. All rights reserved.