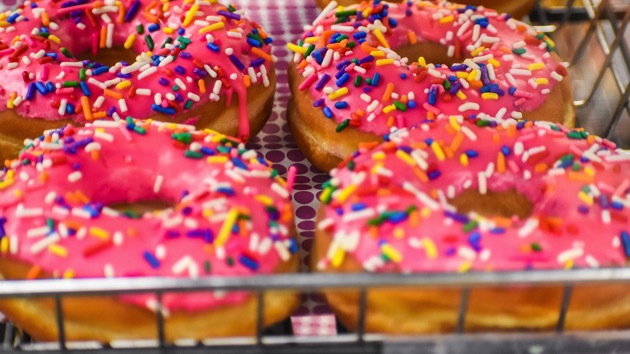 (NEW YORK) — People often lose money through taxes but can a new “sugar tax” also help them lose weight? A new study suggests that a tax on sugary snacks could have an impact on weight loss.The study looked into the potential effects from a 20 percent tax on sweets like chocolate, cookies and cakes. Researchers estimated not only a decrease in consumer purchases of these foods, but a decrease in caloric intake, based on modeling from the effects of the soda tax implemented in the U.K. in 2016.With such a tax, snackers could lose 0.5 Body Mass Index (BMI) points. That’s about three to four pounds for a 6-foot person.An interesting study, but is the answer to reducing obesity yet another “sin tax”– taxes levied on products that are bad for your health?An example of a successful sin tax in the U.S. is the tobacco tax.”We know that sin taxes are effective in changing behavior. With every increase in tobacco cost, there is a decrease in smoking,” said Dr. Lisa Chamberlain, associate professor of pediatrics at Stanford School of Medicine.“The difference between a tobacco tax and snack tax is that you don’t have to smoke to live, you do have to eat to live,” she added.“An important goal of taxes is that a price of a product reflects its cost to society. We know that added sugars in general are linked to cardiovascular disease. Things like cakes and cookies, junk food in general, cost a lot to society, but are cheap to buy,” said Dr. Kristine Madsen, associate professor at the Berkeley School of Public Health to ABC News.One consideration: Taxes on food items are regressive, as they affect poor communities more than rich communities.“It is true that a higher percent of their income goes to food in low-income households as compared to high-income households, because low-income households are not making a living wage” said Madsen.“In the U.S. there are populations that are food insecure,” said Dr. Jayanta Bhattacharya, professor of medicine and health policy at Stanford University. “If you look at their diets, some are eating junk food. A tax like this may make their lives worse. They may have to make difficult choices about their diet.”And yet, taxing sweet foods may also prove futile in curbing obesity, some argue.”When studies that look at what actually happens to BMI after such a tax is imposed, they tend to find smaller changes in BMI than in the simulation studies,” said Bhattacharya.“The simulation studies don’t account for compensation. People switch to other foods that are [calorie]-dense, or bad for you in other ways once a potential snack tax is imposed,” he added.In 2011, the USDA collected data from one leading retail grocery store that tracked food stamp purchases. According to this data, more than $450 million in food stamps were spent on sweets. A 20% snack tax, like the one proposed in the U.K. study, could potentially raise $90 million dollars based on the USDA’s findings.Could money raised from a snack tax be leveraged into making healthy food cheaper?“I think people think about snack taxes, but we are still trying to ensure that communities have the ability to enact innovative approaches to promoting healthier diets too. You could certainly use money from a junk food tax to reduce the price of healthier food” said Madsen.There is a precedent example of using taxes on something “bad” for doing good. For instance, money from the tobacco tax is being used in California to fund First 5, a crucial government program that supports early childhood development.However, both Madsen and Bhattacharya agree that a broader strategy is needed to address the obesity epidemic. “Unless the approach to the obesity epidemic is comprehensive, it’s hard to push back,” explained Bhattacharya. “If you go with the flow, it’s easy to eat poorly. We have to change that. We have to change it so that you have to think hard to get junk food. It used to be that price would do that, but price doesn’t do that anymore.”Madsen agrees. “Making healthy food cheap is the solution,” she said.But, Madsen also adds, “Rather than thinking about how to expand WIC and SNAP, I would rather see everyone have a living wage. Having a sustainable wage ensures more dignity. “ Copyright © 2019, ABC Radio. All rights reserved.

Couple allegedly drove 2 teenage boys on bikes off the road for their Trump flag
One-third of parents are delaying giving vaccines to their children: Study
Reflecting on her 2019 scandal, former Rep. Katie Hill says she still hasn’t ‘fully recovered’
Why a 3-pack of Supreme Oreo cookies has customers bidding over $17K on eBay
Weinstein jury says they’ve heard all they needed on day four of deliberations
Cold blast moves east Friday, but huge warm up on the way