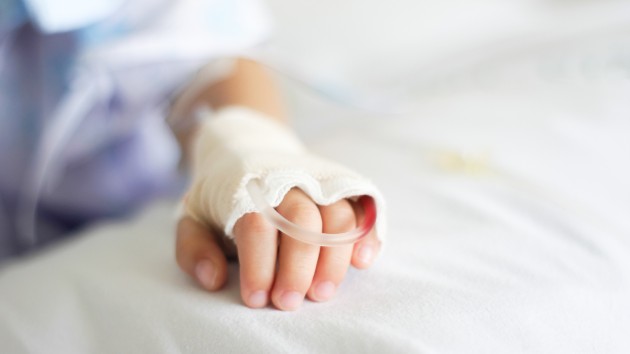 (ATLANTA) — A group of children are sharing what they want to be when they grow up in an inspiring photo series.Five patients of Children’s Healthcare of Atlanta posed as their dream professions and even had a day at the “office” during the session photographed by Ashley Berrie.Berrie told ABC News’ Good Morning America the moments were captured in August.”They showed so much joy dressing up in this role of what they wanted to be,” Berrie said. “These children show so much hope for their futures and I think every child deserves a lifetime.”Alivia, 7, (future hair stylist), Andrew, 7, (future soccer player), Ariana, 15, (future chef), Dakota, 9, (future marine biologist) and Matthew, 16, (future doctor and researcher), all participated in the project.Denise Linnekin, a mom of two, said her daughter Alivia was diagnosed with acute myleoid leukemia March 19, and has received four rounds of chemotherapy.On the day of Alivia’s shoot, she visited her mother at work. Linnekin is a hair stylist herself — just as Alivia aspires to be.”She had fun, she shampooed my hair and blow dried it,” Linnekin told GMA, adding that Alivia shaved her own hair when she began losing it to chemo. “[T]o actually see her go through the fight she went through and have that photo shoot, it made us excited for the future in a different way than we were before.”Molly Southerland, mother to Dakota, said her child is currently fighting juvenile pilocytic astrocytoma (JPA) — a rare childhood brain tumor.Dakota loves animals and hopes to become a marine biologist. Her photo shoot was snapped at the Georgia Aquarium.”It was like an experience of a lifetime for Dakota to be able to get up close and personal with the animals that she loves,” Southerland told GMA. “Just seeing her light up just when she was getting to feed the whale shark, it was priceless to me.”