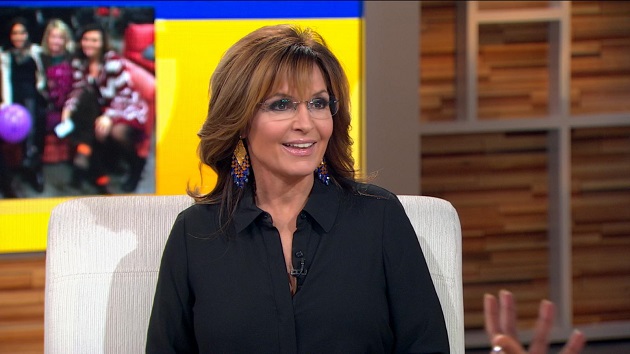 (WASHINGTON) — Todd Palin, the husband of former Alaska governor and vice presidential candidate Sarah Palin, appears to have filed for divorce.The paperwork was filed in Anchorage on Friday, but neither Todd Palin nor Sarah Palin’s names appear on the documents. Only the initials “TMP” and “SLP” appear in the filing, but the date of marriage, home and children’s ages all clearly point to the former governor.In the filing, Todd Palin, the plaintiff, says, “There is an incompatibility of temperament between the parties such that they find it impossible to continue to live together as husband and wife.”Todd Palin, 55, asks for the couple’s assets to be “divided equitably and fairly.”He also asks for joint legal and physical custody of the couple’s only minor child, Trig, who was born on April 18, 2008.The couple has four other children — Track, Bristol, Willow and Piper — and were married on Aug. 29, 1988. The divorce paperwork was filled out and signed by Todd Palin’s lawyer just two days before their 31st anniversary.Bristol, 27, divorced her husband, Dakota Meyer, earlier this year. The reality TV star has three children of her own.Sarah Palin, and the entire Palin family, rose to prominence after then-presidential candidate Sen. John McCain plucked her out of relative obscurity as Alaska governor to be his running mate in the 2008 election.Her folksy sayings, religious foundation and strong conservative leanings made her beloved by some and hated by others in a preview of the polarization that would go one step further during the election of President Donald Trump.She endorsed Trump in January 2016.McCain’s daughter, current The View host Meghan McCain, wrote in her 2010 book, Dirty Sexy Politics, that Palin brought “drama, stress, complications, panic and loads of uncertainty” to the campaign, but also lauded the enthusiasm she generated.John McCain later said he regretted choosing Palin as his running mate in the losing campaign to Barack Obama, and she was not invited to his funeral last year, though she praised him in a statement after his death.Palin, 55, has mostly stuck to working as a political commentator, appearing occasionally on cable news, and writing the book, Sweet Freedom: A Devotional, in her time since stepping down as governor in 2009.She did tease a future Senate run against moderate Alaska Republican Lisa Murkowski in October 2018, saying on Twitter, “Hey @LisaMurkowski – I can see 2022 from my house.”The line was a reference to Tina Fey’s not-so-flattering portrayal of Palin on Saturday Night Live during the 2008 election.