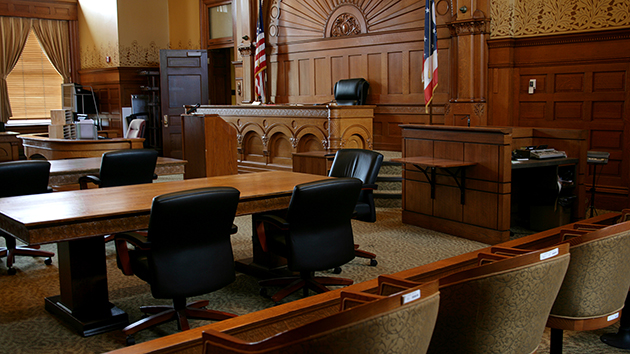 (WASHINGTON) — Former Obama White House counsel Greg Craig was found not guilty on a charge related to his private work in Ukraine on Wednesday, wrapping up a three-week-long trial in Washington.”I want to thank the jury for doing justice,” Craig said in a statement. “I’m very fortunate to have the support of a loving family and many loyal friends who were steadfast during this ordeal. I will be forever indebted to the first-rate team of lawyers who represented me in this case.”According to reporters outside the courthouse, Craig and his lawyers celebrated the news as they walked out of the building — while asking why the Department of Justice brought the case in the first place.”The jury made the only decision it could. There was never a crime and never evidence of a crime,” Craig’s attorney William Taylor said in a statement. “The only question is why after prosecutors at the Southern District of New York turned down this case did the NSD and DOJ bring this case and hound and innocent man? That is what must be asked today.”The Department of Justice and the Washington, D.C. U.S. Attorney’s Office did not have an immediate response to ABC News’ requests for comment.Craig, a high-profile Washington attorney, was charged last April with two counts of lying to the federal government about the nature of his lobbying work in Ukraine. One of the charges was dropped early last month, which left Craig facing one count of participating in a lying scheme to avoid registering as a foreign agent.The charges against Craig originally stemmed from special counsel Robert Mueller’s investigation into Russian meddling in the 2016 election. He was also the only appointee of a Democratic administration to face charges from the investigation.In 2012, Craig and his law firm — which at one point also employed President Donald Trump’s former campaign manager Paul Manafort — worked on a public relations campaign for a report it authored independently for the Ukrainian government. Records also show that Craig, during the course of his work in Ukraine, shared certain clients with Manafort, who is serving jail time after being found guilty of eight counts of financial crimes as part of the first major prosecution won by Mueller’s office.The government argued that Craig attempted to dodge registration requirements because registering “could prevent him … from taking positions in the federal government in the future,” among other reasons.Craig’s indictment cited his 2012 work with Skadden, Arps, Slate, Meagher & Flom LLP, on behalf of the Ukrainian government, which hired Craig to report on the prosecution of Yulia Tymoshenko, a former Ukrainian prime minister.Much of the deliberation in the case surrounded if Craig had participated in any public relations work for the report, which would have mandated that he registered as a foreign agent. Although Craig did have contact with the media about the report, the prosecution’s arguments were not enough to convince the jury of Craig’s need to register.Copyright © 2019, ABC Radio. All rights reserved.