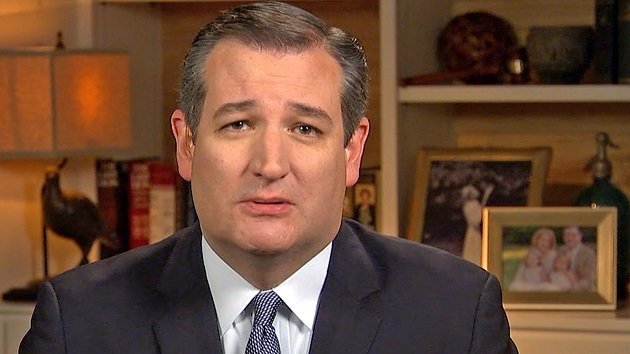 (CHICAGO) — Chicago Mayor Lori Lightfoot lashed out at Sen. Ted Cruz over the past two days after the Texas Republican said the city’s violence was proof that “gun control doesn’t work.”The Twitter war started on Monday when Cruz shared a story about the uptick in fatal shootings in Chicago over Labor Day weekend, saying, “Look at Chicago. Disarming law-abiding citizens isn’t the answer.” “Stopping violent criminals — prosecuting & getting them off the street — BEFORE they commit more violent crimes is the most effective way to reduce murder rates,” Cruz said. “Let’s protect our citizens.”Lightfoot, who called for new federal gun laws in the wake of several deadly mass shootings this year, responded to the senator a few hours later, telling him not to discuss her city.”60% of illegal firearms recovered in Chicago come from outside IL — mostly from states dominated by coward Republicans like you who refuse to enact commonsense gun legislation,” Lightfoot tweeted Monday. “Keep our name out of your mouth.”The feud spilled over into Tuesday afternoon with Cruz doubling down on his previous comments and saying the mayor had “misplaced” her anger.”Maybe, rather than getting angry when others point out the tragically high murder rate in Chicago, you put aside the partisan talking points & the failed gun-control policies Chicago has pursued for decades,” he tweeted. “Instead, lock up the violent criminals who are committing murder PREVENT felons & fugitives from illegally buying firearms, and ALLOW law-abiding citizens (who are right now obeying Chicago’s prohibition) to exercise their constitutional right to protect their own lives and their families.”When asked about the exchange at a press conference Tuesday afternoon, Lightfoot said Cruz should be focused on his home state of Texas instead of targeting Chicago.”Given the tragedy that’s happened in Texas over the last few weeks, tragedies plural, it’s surprising to me that Sen. Cruz would do anything other than work his butt off to better represent the citizens of Texas,” Lightfoot said. “There’s a great need across this country for federal leadership in particular to step up and come forward with a real plan to deal with the gun violence that we’re seeing not only in cities like Chicago, but really across the country.”

“For him to make a political point — or try to, I should say try to — make a political point, out of the horrible tragedy that has been unfolding in Texas is really offensive, not just to Chicago but to the people in Texas who are still and will be forever changed because of the violence there,” she added.Seventy-five people have been killed in five high-profile mass shootings in Texas — Plano, Sutherland Springs, Santa Fe, El Paso and Odessa/Midland — since September 2017.