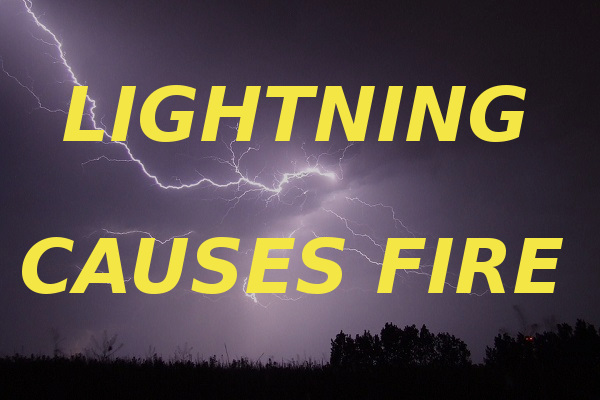 Graham Township, PA – A fire that destroyed a home early yesterday morning in Clearfield County was apparently started by a lightning strike.

Fire crews were called out to a home along Columbia Road in Graham Township (near Morrisdale) on Monday around 1:10 a.m.

The structure was already fully on fire by the time crews got there.

The Pennsylvania State Police Fire Marshal investigated and found that a power surge happened, which was the result of a lightning strike.

The fire originated on the roof.

Although 65-year-old Rodney Foster and 62-year-old Wilma Foster are listed as victims, police do not say that either of them were injured.