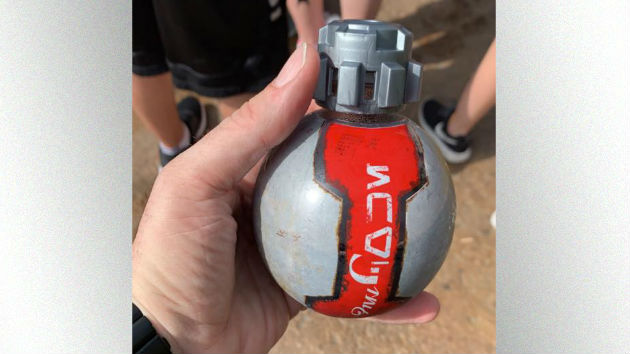 To preserve the illusion that you’re on the planet Batuu, Disney’s Imagineers worked with Coca-Cola to create bottles of Sprite, Coke, and Diet Coke that look like they came from the Star Wars universe.  But unfortunately, they made them look like thermal detonators — otherwise known as bombs.

This earned a ban from the TSA, which at first banned the unique — and sought after — soda bottles, initially classifying them as “replica or inert explosives” — an obvious in-flight no-no.

The agency issued a new statement, which read, “The issue concerning Star Wars Galaxy’s Edge-themed soda bottles has recently been brought to our attention by the general public, as these items could reasonably be seen by some as replica hand grenades. We appreciate the concerns being raised, because replica explosives are not permitted in either carry-on or checked bags. We have completed our review, and instructed our officers to treat these as an oversized liquid. Because these bottles contain liquids larger than 3.4 ounces (100 milliliters), they should be put in checked baggage or emptied to be brought on as carry-on item.”