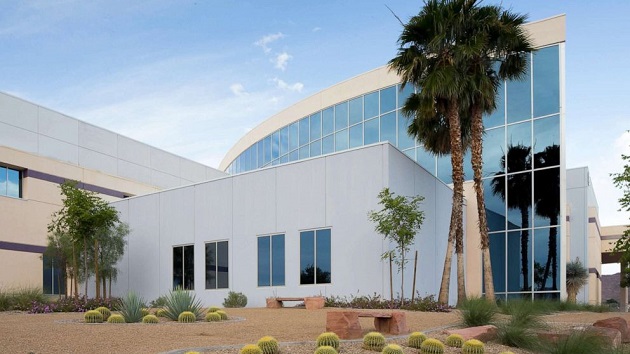 College of Southern Nevada
Posted on August 30, 2019 by ABC News

(LAS VEGAS) — A Nevada college student was arrested on campus after police found a rifle and 2,000 rounds of ammunition in his vehicle.Shayn Striegel, a 27-year-old student at the College of Southern Nevada, was arrested and charged Wednesday evening after officers discovered the weapon while acting on a tip, the school said in a statement. Striegel, who had parked his vehicle on the college’s Henderson campus, told officers that he’d forgotten about the weapons.”Officers arrived and tracked down the student who had driven the car to campus. It was then determined that the student had a rifle and approximately 2,000 rounds of ammunition inside the vehicle,” the statement said. “Firearms are prohibited on Nevada System of Higher Education campuses, including those kept in parked vehicles.”The student was arrested at around 6 p.m and booked into the Clark County Detention Center in Las Vegas. He was being held on a $2,000 bond on charges of possession of a dangerous weapon on school property.No one was hurt and there was no immediate threat to others on campus, the college said. Striegel is scheduled to appear in court on Friday.The school said the arrest highlighted the importance of the public reporting suspicious activity.”Although police do not believe that an ongoing threat exists to Henderson or any of our other campuses as a result of this incident, it is an important reminder of the effectiveness of the ‘see something, say something’ public safety campaign,” according to the statement. “If you see something suspicious, report it to the police immediately.”The discovery came just days after a North Carolina college student was arrested with ammunition and two firearms in his dorm room.The student, identified as High Point University freshman Paul Steber, allegedly told authorities that he was plotting to commit a mass shooting at his school, with plans on killing himself and his roommate.Police did not offer specific details about his plans, but prosecutors said Steber desperately wanted to pledge a fraternity and the plot hinged on whether or not he got into one.That case also came to light based on a tip from someone on campus. Copyright © 2019, ABC Radio. All rights reserved.